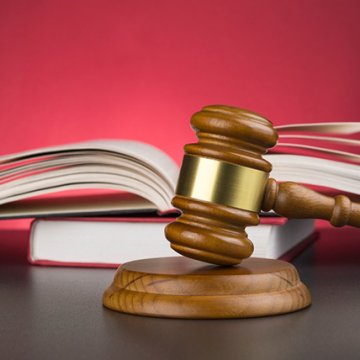 The beneficiaries of the American novelist and video game designer have found themselves in a dispute over tax payable on his estate. Clancy was best known for his espionage and military-science storylines and had 17 bestsellers. He started out as an insurance salesman, and at the time of his death there were more than 100 million copies of his books in print.

Clancy died suddenly in 2013 leaving an estate worth approximately $86 million. Clancy had made millions from books and movie rights but he also owned a penthouse condo at Baltimore’s Ritz-Carlton, an estate on the Chesapeake Bay and share in Baltimore Orioles.

The issue with his estate’s tax was one that parents who divorce and later remarry increasingly face. Clancy left his estate to his second wife and divided the rest into three portions: a marital trust for his second wife, a family trust for his second wife and their daughter, and a children’s trust for his four children from his first marriage. Typically, the marital trust would avoid tax, with the family and children’s trust paying the tax due. However, after the Will was drafted Clancy added a ‘qualified terminable interest property trust’ (Q-TIP) provision to the family trust and a savings clause to protect the marital deduction. Clancy no doubt did this to avoid his second wife paying any tax on his estate until she died. A Q-TIP would allow his second wife to enjoy the income from the trust during her lifetime and defer tax on the principle to when it passes to his children on her death.

At the time of his death, Clancy’s Will specified that any taxes due were to be paid out of the residuary estate (the family and children’s trusts). This meant that a $15.7 million tax bill needed to be split between the two trusts. It also created a problem: if Clancy’s executor used money from the tax-exempt family trust to pay the tax owed, that amount would also become subject to tax. Naturally, Clancy’s second wife objected and sought to take advantage of the Q-TIP provision and savings clause. Whilst doing this would reduce the tax bill to $11.8m, it would need to be met by the children from his first marriage. Understandably, Clancy’s children were not best pleased. The dispute ended up in court. Last year, a Baltimore probate judge ruled that the savings clause overruled Clancy’s directions in his Will to pay the tax from the residuary trusts. That decision was unsuccessfully appealed and has left an already divided family in even more turmoil.

Angelina Jolie files for divorce from Brad Pitt
This site uses cookies. Find out more. Continued use of this site is deemed as consent.   CLOSE ✖