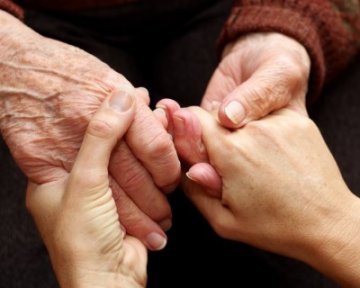 The Clinton health conspiracies have been a remarkable demonstration of the joy people take in pathologising the frailties of others. A fainting fit at a 911 memorial spawned rumours with extraordinarily speed of Clinton’s mental incapacity and even death. Among the conspiracy theories, amateur political blogs and social media trends, one particular phrase has been bandied about with particular prevalence. The term ‘mental capacity’ has been thrown about as much as the now-banned ‘hillaryshealth’ twitter hashtag. It has been used to indicate Clinton’s incapacity generally: her incapacity as a First Lady, Secretary of State and of course President of the United States, but with the borrowed authority of legality.

As well as being a headline-maker, the use of the term raises an interesting point about when it is appropriate to question and declare incapacity. In legal terms, it is the decision made following a medical assessment that an adult individual is unable to make their own decisions. Lacking mental capacity will necessitate appointing someone with a Lasting Power of Attorney (LPA), who will be legally able to make decisions on your behalf for health and welfare or property and financial affairs. Mental incapacity can often become an important theme in the practice of family law, particularly in regard to wills.

There are two parallel cases in recent years where a testator disappointed hopeful beneficiaries after amended their wills later in life. In both cases proving the deceased’s mental capacity was a key factor in rebutting the challenges to the will.

In Sharp and Hutchins , mental capacity was among one of the factors that had to be confirmed to rebut Hutchins legal challenge to Ronald Butcher’s will. The judge’s decision that Mr Butcher both had capacity and approved of the contents of the will ultimately supported Mr Butcher’s purported desire that his inheritance should pass to his handyman. Hutchin’s surprise was explained away when it was revealed to court how the handyman in question had provided companionship and done the late Mr Butcher’s jobs around the house free of charge while his older friend Miss Hutchins had withdrawn from his life.

Cecil Bray’s legal challenge to his aunt’s estate a year before however had been successful. Mr Bray had given up his retirement job to move in as a live-in carer for his aunt who promised to compensate him by leaving him her bungalow in her will. The court heard that after suffering a head injury in 2005 six years before her death, Julie Spalding’s personality had changed. She accused her son of conspiring against her and turned him out of her house. The following year Miss Spalding changed her will leaving everything to her window cleaner, a Mr Pearce, who had since become her sole carer. Though the circumstances differed, the legal processes were similar in both cases. The burden was on Mr Bray to raise doubt about Miss Spalding’s capacity. With this doubt raised, the burden shifted to Mr Pearce, who failed to produce evidence of this. Mr Bray’s challenge had succeeded.

As Lord Neuberger MR commented at the close of a 2010 inheritances dispute “experience of human nature generally, and wills in particular, demonstrates that people’s wishes can be unexpected, inexplicable, unfair, and even improper.”

This is of course true and yet it is one of the proud hallmarks of English inheritance law that you retain the liberty at death to dispose of your property as you please. Given the aging UK population, the assumption in favour of capacity will only become more critical a principle for defending human agency and integrity.

The danger of DIY divorce
This site uses cookies. Find out more. Continued use of this site is deemed as consent.   CLOSE ✖