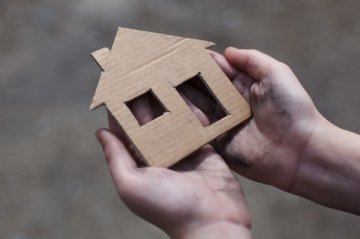 The Housing Minister Gavin Barwell has advised grandparents to disinherit their children and leave their property to their grandchildren instead.

Mr Barwell revealed that his mother has disinherited him in order to leave her estate, including her £750,000 home, to his sons.

He urged other grandparents to do the same in order to help ease the housing crisis.

Mr Barwell, who took over the housing and planning brief in the summer, made these comments at a fringe event at the Conservative Party Conference.

A report earlier this year revealed that young families are priced out of rental markets in two thirds of the UK.

The much-maligned ‘millennial’ generation have grown up a time of peak-high housing prices and many young people struggle to get on the housing market. More and more young adults in the so-called ‘boomerang generation’ are returning to live with their parents because of unaffordable rents. Many young people have expressed anger that the more senior ‘baby-boomers’ were able to buy property as young adults and accrue wealth as prices surged over the years. Research by Age Partnership, a retirement income adviser, found last week that English people aged over 55 currently hold more wealth in their homes than the annual GDP of Italy. Their housing wealth amounts to an enormous £1.5 trillion of equity compared to Italy’s GDP of £1.4 million. By suggesting that pensioners offload their property to their grandchildren, Mr Barwell hopes to appease this inter-generational conflict.

In her keynote speech There May promised policies that would help first-time buyers and build more homes to repair Britain’s “dysfunctional” housing market. Theresa May is expected to present a new set of measures to help people get on the property ladder in the Autumn Statement next month.

Vardags nominated as Law Firm of the Year 2016
This site uses cookies. Find out more. Continued use of this site is deemed as consent.   CLOSE ✖