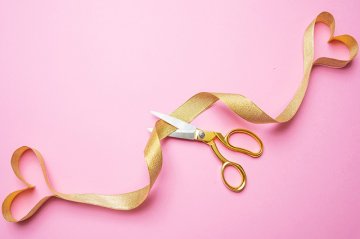 The couple married in August 2014 but have been together since sparks flew on the set of Mr and Mrs Smith in 2005.

Internet gossip sights have been awash with rumours of trouble in their relationship for months. As far back as 2010, the pair successfully sued the News of the World after false allegations that they were separating.

Most recently TMZ readers were stunned by reports that Jolie filed for divorce after taking issue with Pitt’s parenting methods. Jolie has allegedly requested sole physical custody of the couple’s six children, wishing Pitt only to have visitation rights.

Vardags barrister John Oxley had this to say:

“Brad and Angelina are famous for their six kids – already a combined family of adopted and biological children. In the coming months it will be vital that they find a way to co-parent in an effective and caring way. Despite the differences between parents, children benefit hugely from having a solid, predictable and loving relationship with both their mother and father. If, as reports suggest, Brad will be limited to visitation rights, it is important that he puts in the effort to make the time spent with the children as valuable as possible for them. If it is true that Brad’s approach to disciplining the couple’s offspring is one of the reasons behind the divorce, this could prove particularly sensitive. It is always difficult to manage differing parenting styles when couples separate – Brad and Angelina need to understand that alternative approaches don’t mean different levels of love and concern for the children. They should ensure such issues are discussed maturely and away from the children."

Pitt has not yet commented on Jolie’s seemingly stringent custody demands.

The divorce will be Pitt’s second and Jolie’s third. Jolie had previously been married to Johnny Lee Miller and Billy Bob Thornton and Pitt to Jennifer Aniston. Their announcement follows a spate of A-List celebrity divorces this year including Amber Heard and Johnny Depp whose divorce lawyer Laura Wasser is rumoured to be set to represent Jolie in the courtrooms.

In terms of the finances, the couple reportedly share a $400 million fortune, but how this could be carved up is as yet unknown. As John explains "It’s not clear whether Brad and Angelina have a prenup, but as they married in France it is likely they opted for a marital property regime which could limit the financial claims they could make. Without a prenup, Californian law could see Angelina receives half of the wealth built up during their relationship.”

Madonna and Guy Ritchie settle Rocco custody battle
This site uses cookies. Find out more. Continued use of this site is deemed as consent.   CLOSE ✖