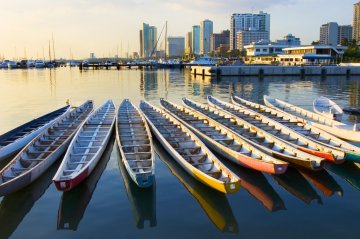 Worldwide, divorce is illegal in only two countries: Vatican City and the Philippines, which has the largest Catholic population in Asia and the third largest in the world. Over 80% of the population describe themselves as adherents and most couples choose to marry in church.

Since 1999, lawmakers have made numerous attempts to legalise divorce, with all efforts being unsuccessful – until now.

This week, a bill allowing people to dissolve marriages was passed in the House of Representatives. With a vote of 134-57, the lower house of Congress approved on third and final reading House Bill 7303 or ‘An Act Instituting Absolute Divorce and Dissolution of marriage in the Philippines.’

This was despite strong opposition from the Catholic Church and President Rodrigo Duterte, who is himself legally separated from his wife.

Congresswoman Emmi de Jesus stated that the bill was filed in response to a "clamour of women trapped in abusive relationships", who need the government to give them a means out of "irreparable marriages”.

In a statement, she said that “entering the contract of marriage, that is recognized by the state, is a right…that has corresponding obligations that must be met by both sides…if there are violations of these obligations, that sometimes even endanger the right to life and sanity of the couple, it is just for the state to also recognize their right to end the contract and exit the failed relationship.”

Without a divorce law, the only means to legally exit a marriage in the Philippines at present are through annulment or a petition for legal separation.

The process is lengthy and complicated; spouses are required to undergo mental health assessments and testify in court in order for a judge to declare the marriage invalid. The cost can also be prohibitively expensive and may take several years.

The bill would ensure that couples wishing to divorce have access to ‘affordable court proceedings’, meaning an end to current situation whereby ending a marriage is an exclusive preserve of the wealthy.

The move is likely to be particularly welcomed by couples trapped for long periods of time in unhappy unions, as well as victims of domestic abuse.

However, the bill was met with fierce opposition from the Catholic Bishops’ Conference of the Philippines, who warned that divorce would be viewed as an easy option, resulting in an increase in family break ups.

The CBCP pointed to the example of the United States, where more than four in ten marriages end in divorce, as evidence of a ‘progressive country’ where ‘more children grow up disorientated and deprived of the care of both parents.’

Despite the initial positive steps towards implementing the legislation, the process requires the Philippines’ upper house Senate to pass a counterpart bill. If passed, it will then be elevated to President Duterte for signature.

The President retains an ultimate right of veto, and has previously stated his disapproval towards legalising divorce, citing the welfare of children of divorced parents as his main concern.

53% of Filipino adults support the introduction of a divorce law for separated married couples who are unable to reconcile their differences, a 2017 survey found.

Greece legalises fostering for gay couples
This site uses cookies. Find out more. Continued use of this site is deemed as consent.   CLOSE ✖