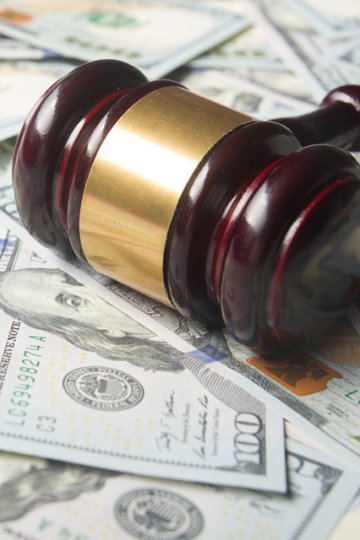 Mary J Blige has finally settled her divorce case. Less than a week before they were due to appear in court for a week-long divorce trial, Mary J Blige and Martin Isaacs settled the terms of their separation. The out of court settlement brings the drawn-out case to a close after almost 2 years. Blige filed for divorce in July 2016 after 13 years of marriage to Martin “Kendu” Isaacs, citing “irreconcilable differences.”

The case has been bitter. In interviews, Blige has called the marriage “horrible” and said she was “dying in it.” Several media outlets reported he had been cheating on her with her protégé, Starshell. Indeed, Blige alleges that during their marriage, Isaacs, who was also her manager, spent $420,000 on his “girlfriend,” money he then charged as a business expense. Post-separation, she claimed he refused to return all of her possessions to her, such as luxury cars she was paying for and achievement awards she has won across her career, including a Grammy. Isaacs, on the other hand, who worked as his wife’s personal manager throughout the marriage, said he was living in poverty while Blige spent lavishly. He says her decision to fire him as well as the “slandering” of his character in interviews meaning he was left “unemployable” with “no source of income.”

The couple have experienced a series of financial issues. The state of New Jersey sued them in 2013 for $3,400,000 in unpaid taxes. Their debts total over $10,000,000. However, divorce documents show Blige’s monthly income at over $326,000 and she has indicated that she will take on the entirety of the debt if she is not required to take on spousal support payments. Despite this, eight months ago she was ordered to pay her estranged husband $30,000 a month. A lot, but $100,000 less than Isaacs requested. Blige ha reportedly been “outraged” over his payment requests. “I am not responsible for supporting [his] parents and his children from another relationship which he lists as ongoing monthly expenses.”

The financial terms as recently decided have yet to be released.

When should family law cases be transferred to the High Court?
This site uses cookies. Find out more. Continued use of this site is deemed as consent.   CLOSE ✖