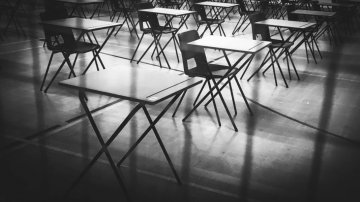 A judge in the Chinese city of Xi’an, the capital of Shaanxi Province, has made it mandatory for divorcing couples to take a “divorce exam” before being approved for a divorce.

The controversial “divorce exam” was developed by Wang Shiyu, a local judge in Yibin, Sichuan Province. It was trialled there last year. One case was widely reported in the media last September after the wife’s divorce petition was denied as both her and her husband scored highly on the exam. The parties scored 86 and 80 respectively out of a possible 100. Neither planned to appeal against the decision, despite the fact that the court acknowledged that the husband had shown a “lack of responsibility to the family” and that he was “addicted to gambling and rude to his spouse.”

Judge Xue Mindan has now ruled that the test be made compulsory for the city of Xian’s Weiyang district. As of this month, any couple in the district who want to divorce must take the exam. Their answers to its questions will determine whether or not they can petition the court for a divorce.

The examination is designed to give the examiners an insight into the marriage and asks both objective and subjective questions. It asks about their anniversary date but also about how the couples split their household chores, how they resolve arguments over differing views and how they plan to improve if they have thus far failed to perform their familial duties well. The exam is also designed to remind the couples of earlier, happier times together and asks questions about how their partner moved them when they started dating. It is only if the exam reveals deep-seated issues within the marriage that they will be allowed to proceed. Otherwise, they will be directed towards mediation.

The test “is… useful as a fairer metric, as the evidence presented by the plaintiff can sometimes be biased,” Judge Xue said. However, it could be argued that the “biased” nature of the evidence presented by the parties is only proof of the intrinsically personal nature of the choice to whether to end a relationship. Others have suggested the use of psychologists and sociologists in order to more scientifically diagnose problems within a marriage.

While the move will save the court time and resources, it also aims to combat rising divorce rates. 2016 data from the country’s Ministry of Civil Affairs shows an 8.3% rise in divorces in a single year.

Marriage figures lowest on record
This site uses cookies. Find out more. Continued use of this site is deemed as consent.   CLOSE ✖