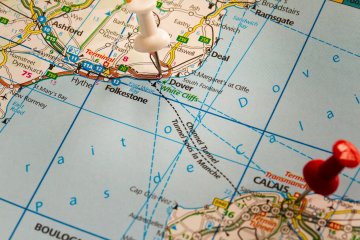 This case is an appeal by the wife under Brussels II Regulations (BIIR) against an order which declared a Decree Nisi and Decree Absolute granted in the UK in 2016 null and void on the basis that the parties had already been divorced in France. It was appealed on the basis that the wife did not have proper notice of the French divorce. The appeal was dismissed and the English decrees were set aside.

The parties are both French nationals. They lived in England and France during their marriage. They separated in 2011 and the husband moved to Ghana for work, returning to France permanently in 2015.

French proceedings
In France, the wife issued a divorce petition in 2012. A non-conciliation order was issued in 2013 and a final Decree issued in 2015 stating that the divorce was effective from the date of that order in 2013. Both parties attended that hearing with legal representation. The wife did not continue to participate in proceedings in France, suggesting in letters to the French Court that she did not believe they had the proper jurisdiction.

The proceedings continued based on the husband’s summons. A judgment was issued by the Nanterre District Court under French law in early 2015. The French court determined it had the necessary jurisdiction to grant the divorce and decide financial matters. When doing so, it took into account the wife’s arguments regarding English jurisdiction.
The judgment was served on the wife in February 2015 at her French address in accordance with the French civil code. She did not contest it, but denies having knowledge of it at that time.

The wife’s narrative statement in her application for Decree Nisi in May 2015 referenced French proceedings and put the court on notice of the existence of concurrent divorce proceedings in another EU jurisdiction. However, she did not offer full disclosure and the court did not investigate this further.

After the husband was served with the English Decree Absolute in June 2016, he issued an application for recognition of the French divorce under BIIR, which was granted. The wife appealed.

The appeal
Chapter III of BIIR sets out the rules on the recognition and enforcements of decisions between Member States.

Article 22 states the limited grounds for non-recognition for judgments relating to divorce:
If such recognition is manifestly contrary to the public policy of the Member State in which recognition is sought; Article 24 affirms that public policy tests do not apply to rules regarding jurisdiction. Similarly, Article 26 prohibits the review of the substance of the decision.

Where it was given in default of appearance, if the respondent was not served with the document which instituted the proceedings or with an equivalent document in sufficient time and in such a way as to enable the respondent to arrange for his or her defence unless it is determined that the respondent has accepted the judgment unequivocally;
The court found that the wife could be considered the respondent in the French proceedings following the husband’s summons post the non-conciliation order, despite having been the original petitioner. However, the court also found that the decision had not been “given in default of appearance” as the wife knew of the husband’s summons. She lodged a letter at court in September 2014 setting out her position. This showed not only she had enough time “to enable [her] to arrange for… her defence” but confirms her appearance at court. The court referenced the case of Re (D) (A Child) (International Recognition) where it was decided that “appearance may include the lodging of documents at court.” (c) If it is irreconcilable with a judgment given in proceedings between the same parties in the Member State in which recognition is sought; or (d) If it is irreconcilable with an earlier judgment given in another Member State or in a non-Member State between the same parties, provided that the earlier judgment fulfils the conditions necessary for its recognition in the Member State in which recognition is sought.

When the decrees were made in England, the marriage had already been dissolved in France, so arguments under Article (c) and (d) are not applicable. The court also noted that the wife had purposefully not given full disclosure in her English divorce proceedings as regards the foreign proceedings so allowing her to rely on these arguments would contradict “sound policy reasons.”

Conclusion
This case confirms several points as regards the grounds for non-recognition of judgments in relation to divorce and jurisdictional issues between EU member states. They are limited to Article 22 (b)-(d) as public policy tests may not apply to rules regarding jurisdiction. The lodging of documents at court may constitute an “appearance” for the purposes of Article 22(b). It is not possible to rely on Article 22 (c)-(d) when non-disclosure about previous judgments was deliberate.

Tennessee pastor's license revoked after officiating same-sex wedding
This site uses cookies. Find out more. Continued use of this site is deemed as consent.   CLOSE ✖