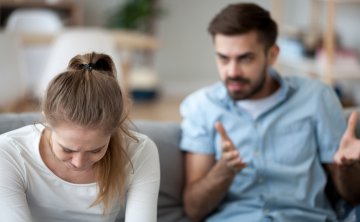 Women’s rights groups are protesting against Russia’s recent move to decriminalise domestic violence. The bill breezed through its first reading with 386 votes to 1 and is due to return for its second of three readings in the Duma next week before it passes to parliament’s upper house.

Under the new ‘slapping law’, ‘moderate’ violence, for instance bruises, cuts and any injuries not requiring hospital care, would be punished with a simple fine rather than a jail sentence. As the police would no longer be involved, the victims would be responsible for collecting evidence themselves. However, if domestic violence is reported twice in a year, the case could be classed as criminal.

The controversial law was drafted by Yelena Mizulina, the same conservative MP who thought up the 2013 law which bans ‘promotion of non-traditional sexual relations’ to minors. According to the Guardian, Mizulina told parliament that “in Russian traditional families, the relationship between parents and their children is built on authority and power” and it’s ridiculous that a slap can result in a criminal sentence. For those in favour, this adherence to so-called ‘traditional values’ is appealing, as well as the prospect of unclogging the penal system. In a Russian state poll released on Thursday, a huge 59 percent of Russians were in favour of the bill with only 17 percent ‘fully against it’.

However, others believe that this law is a shameful step backwards for a country with a reputation for domestic violence. The Independent reports that Russian government statistics show that 40 percent of all violent crimes occur within the family. It is estimated that more than 10,000 women in Russia die a year from injuries inflicted by husbands or partners. For this reason, in 2015, the UN put pressure on Russia to face its epidemic of domestic violence by introducing new legislation and creating shelters for vulnerable women. The violence isn’t solely between partners but also from parents towards children and family members towards elderly relatives. Perhaps the old Russian proverb “if he beats you, it means he loves you” contributes to the fact that the police are notoriously dismissive towards accusations of domestic abuse.

Activists are concerned that the new law would normalise domestic violence and put many in danger. With looser legislation, the rates of domestic violence could in fact rise without the disincentive of a criminal record. Alena Popoya, who is coordinating the opposition to the amendment, worries that the change would stop victims from coming forward:

“Imagine it: a woman is beaten up by her husband, she makes a complaint, and the husband is given a fine, which he pays out of the family budget. He then comes home and shouts at her for complaining, and you can be 100 percent sure that next time she’ll just try to hide the bruises and won’t complain”.

Olga Yurkova, executive director of sexual assault referral centre ‘Sisters’, warned that the amendment could “set loose” people who resort to violence to deal with their problems. Horrified by the impact this law could have on many Russian women, children and elderly living in fear, the deputy director for Russia and Eurasia at Amnesty International, Anna Kirey, commented: “This bill is a sickening attempt to trivialise domestic violence, which has long been viewed as a non-issue by the Russian government.”

President Putin will have to give the final signature to the bill before the amendments take effect. When he was questioned about the law in December, he expressed the opinion that the sliding scale between a slap and a beating is too difficult to negotiate and it would be better to avoid violence altogether. However, with the pressure of his people calling for change, the women’s rights groups will have a tough fight to dissuade the president from putting his name to this brutal bill.

Ayesha Vardag shares her views on Britain’s divorce from the EU with BBC Radio 4
This site uses cookies. Find out more. Continued use of this site is deemed as consent.   CLOSE ✖