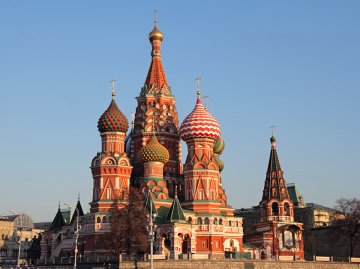 In the recent case of  Bezeliansky v Bezelianskaya, a wealthy Russian husband unsuccessfully applied for permission to appeal concerning a variation of a consent order and three committal orders.

The husband and wife married on 14th April 2000 and moved to England in 2004 before having a daughter in 2006. The divorce petition was issued in June 2009 and they were granted decree absolute 24th November later that year. Since the separation, the wife has remained in London with her daughter and the husband has recently been resident in Israel. During this time, the wife has re-married but that relationship has ended and the husband has re-married twice and is now living with his fifth wife.

Despite the pronouncement of decree absolute in November 2009, financial provision issues were not wrapped up until 9th January 2013 when Holman J made a consent order. This order focussed on the division of the parties’ three properties, in Monaco, Moscow and Paris. Holman J provided for the Monaco and Moscow properties to be transferred to the wife and the Paris property to remain held by the husband. The order also stated that the husband was to pay £270,000 annually as child support. With the properties transferred and smaller capital matters provided for, there was to be a clean break between the parties.

However, “this relatively straightforward court order has been virtually totally ignored” (Moor J) since, two years later, not one of these properties had been transferred. The wife came to obtain an order for the transfer of the Moscow property to which the husband swore a statement saying that there had been no transfer because all three transfers had to happen simultaneously and that he could not transfer at an under value. He also claimed that he could not travel to Moscow to make the necessary declarations because his Russian passport had expired.

Neither husband nor wife returned to court in England until July 2014 when the husband issued an application for downward variation of the periodical payments order. Up until this month, the husband had been making the capital payments so his application was concerning future payments. On 29th September 2014, the husband filed a statement of his finances in Form E, including a judgment debt against him in the Lichtenstein courts in the sum of over $70 million. The wife then made an application on 14th October 2014 to order the husband to comply with the property transfer provisions of the original consent order.

Meanwhile, through Russian lawyers, the wife had made an important discovery showing that the husband was guilty of non-disclosure. Completely unknown to the wife, in June 2010 the husband had agreed a pre-purchase contract with his business associate, Mr Boussu, for the Moscow property. The husband had filed a Form E and given disclosure of documents but had not informed the wife that he had already signed a sale and purchase agreement for Mr Boussu on 15th June 2010 with a completion date of 20th March 2014. Even though the husband had organised all of this in the background, he agreed to the order to transfer the same property into the wife’s sole name. Mr Boussu initiated proceedings in Moscow by obtaining an order from the Russian Court for the transfer of the property into his sole name. The wife revealed that the property transfer to Mr Boussu was registered on 11th November 2014, only two days before the husband filed his affidavit.

Moylan J when presiding over the case on the 11th December 2014 asked the husband for an affidavit and imposed a stay upon his application to vary the child maintenance provisions. The next hearing was before Roberts J who considered the affidavit insufficient as it failed to address the wife’s Russian lawyers’ findings. For this reason, she decided the wife should be able to apply for the consent order to be set aside so that the capital value of the Moscow property could be replaced with an alternative source of capital, namely the Paris property.

On 2nd March 2015, both parties attended a hearing before Moor J. The husband had not been present at any of the earlier hearings and was instead represented by Nicholas Cusworth QC. Moor J, agreeing to set aside the capital elements of the consent order, provided for the husband to keep hold of the Moscow property and for the shares in the company holding the Paris property to be transferred to the wife. This was partly because otherwise the wife would never feel safe from claims from Mr Boussu, who was owed money by the husband, or others. Moor J commented:

The remaining proceeds of sale of the Paris property were to be paid to the wife to cover £1,951,854 for the husband’s failure to transfer his interest in the Moscow property to her, £260,000 for arrears of child maintenance, £125,000 for the husband’s liability for costs and £75,000 for his liability for further costs. Moor J also stipulated that the stay on the husband’s application to vary child support would be lifted if all the above provisions were complied with.

The husband appealed the decision of Moor J on the 8th April 2015. He argued that the judge was was wrong:

i. to vary the capital provision of the 2013 order

ii. to direct a variation of the capital provision as an enforcement mechanism

iii. to make the variation in the absence of oral evidence from either party

iv. to make the variation when there was evidence that the transfers of all three properties could be achieved imminently

v. to assume that the mortgagees of the Paris property would accept a direct transfer

vi. not to have made more extensive inquiry into the reasons why the original order was not implemented

vii. not to take into account that the wife had not taken any legal action prior to the husband’s application to vary maintenance.

McFarlane LJ, presiding over the request for permission to appeal, dismissed each of these seven points without difficulty, agreeing with Moor J’s reasoning at each step. He reminds the court that the conditions under which a consent order can be changed are as follows:

With these set out, McFarlane LJ clearly states that the second point is relevant:

“The facts plainly establish non-disclosure by the husband of the very material fact that the Moscow property that he purported to agree to transfer to the wife had already been sold by him some three years earlier”.

Satisfied that the husband’s appeal has absolutely no prospect of success, the judge refused his permission to appeal.

On 18th March, the court led by Hayden J, turned to the judgement summons relating to unpaid child maintenance. The summons had been served to the husband by the wife’s solicitors on 2nd March 2015 when taking advantage of his presence at proceedings. The husband was represented again by Mr Cusworth QC in his absence. It was explained that the judgement summons was to put pressure on the husband to facilitate the sale of the Paris property in accordance with Moor J’s order since this would cover the child maintenance arrears (£253,000). The judge asked the husband whether by 23rd March 2015 he could discharge the arrears, to which his reply was “absolutely not”. Concerning the husband’s ability to pay, Hayden J expressed disbelief that he would not be able to find the money: “there is a plethora of assets from which the relatively modest sum in contemplation here could be raised quickly. To say that he cannot pay … actually does not hold, even to me”. Mr Cusworth accepted that the husband was not without means to pay.

Having both breached the order and refused or neglected to pay although able, Hayden J considered what criminal consequences would be appropriate. A maximum six-week prison sentence was chosen in accordance with the 1869 Debtors Act, only to be suspended if the husband adhered to the requirements of Moor J’s financial provision order.

Five days later, Hayden J presided over the final committal hearing. The husband was not in attendance because of an alleged injunction imposed on him in Israel, making it impossible for him to leave the state. The wife did not accept this assertion. Mr Cusworth explained that it had not been possible to transfer the shares held in the Paris property because the bank, acting as mortgagees, would not agree to it. He asked for some more time to “tighten up” some of the draft sub-paragraphs proposed by the wife’s counsel, so Hayden J put off the prison sentence to 17th April 2015.

The husband appealed the outcome of 18th March and Hayden J’s following refusal to accept his application not to attend the next hearing. Overseeing these appeals, McFarlane LJ concluded “each one of those points is devoid of any merit” and deemed the prison sentence justified in order to hasten the sale of the Paris property.

Richards LJ and Moore-Bick LJ both agreed with McFarlane’s refusal to grant permission to appeal against the variation of the consent order and to reject the appeals against the judgement summons.

Family law courts’ war on terror: the growing issue of child radicalisation
This site uses cookies. Find out more. Continued use of this site is deemed as consent.   CLOSE ✖