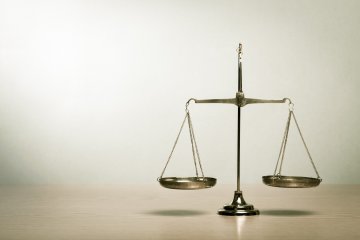 A new consultation which looks to simplify sentencing law has been launched by the Law Commission. The project was set up in 2015, and having gone through the initiation and pre-consultation stages, the Law Commission launched the official consultation stage of the project on 27 July 2017. It is open until 26 January 2018. This will allow experts and practitioners to read the Law Commission’s paper and respond, contributing to what the Commission hopes will result in a tidying up of the sentencing guidelines in England and Wales. They hope that this will allow judges and magistrates to hand down more accurate and consistent sentences if the guidelines are clearly set out in one place. Caution must be exercised however, as over-simplification and too much of a focus on keeping it in one document could mean that necessary specifications and explanations could be lost. This could end up leading to more discretion for judges and less guidance overall.

The law on sentencing affects all criminal cases, and is applied in hundreds of thousands of trials and thousands of appeals each year. If an individual is found guilty of a crime and is being sentenced, the most severe sentence of imprisonment is deemed to be a lawful interference with their Article 5 right to liberty (European Convention of Human Rights). Of course, the Article itself allows for the lawful detention of a person after conviction by a competent court. Nonetheless, ensuring the period of time for which an individual is detained and their liberty is interfered with must be proportionate to the crime and the threat they pose to society and must be largely consistent where similar factors apply. There have been a number of recent high profile cases where sentences have been altered by the Court of Appeal where they have held the lower court has not applied the appropriate sentence. One example is the case of Ian Paterson, the surgeon who performed unnecessary breast operations and made healthy patients believe they had cancer. Nottingham Crown Court sentenced him to 15 years, however, the Court of Appeal found that where such abuse of trust and life changing abuse had occurred, a longer sentence of 20 years was required. In 2015/16, the Court of Appeal found that 141 sentences were unduly lenient and 924 were manifestly excessive. With the Court of Appeal already stretched with its case load, making sure the lower courts sentence offenders accurately first time is also important from a practical point of view.

Looking at the current state of the law of sentencing, the Law Commission states that the law lacks coherence and clarity: it is spread across many statutes, and frequent updates are brought into force at different times by different statutory instruments and have a variety of transitional arrangements. Some of the Acts of Parliament date as far back as the 14th century. It is often not clear how the Acts apply and many use outdated and inaccessible language. They continue to argue that this makes it difficult, if not impossible at times, for practitioners and the courts to understand what the present law of sentencing procedure actually is. This can lead to delays, costly appeals and unlawful sentences.

The Law Commission is therefore looking to propose a technical fix to modernise the law of sentencing. They are not looking to substantially affect maximum or minimum sentences for criminal offences, nor replace the work of the Sentencing Council. The aim is to simply bring greater transparency and improve efficiency. One can certainly agree that having a clear and accessible mechanism in which sentences for criminal offenders are set out is necessary and the law has been asking for this for a while now. As a result, the Law Commission have drafted a new Sentencing Code, which they say would:

We look forward to seeing what this consultation produces and how greater clarity and transparency can be achieved, to create a fairer criminal justice system. However, in attempting to save up to £255m and rewriting the law itself in “modern” language, care and caution must be taken to ensure that the law remains comprehensive and broad enough to allow for the wide variety of factors that come into play in sentencing an offender.

Resolution releases report on the role of financial advisers in family law
This site uses cookies. Find out more. Continued use of this site is deemed as consent.   CLOSE ✖