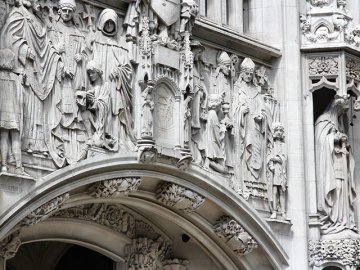 Update: on 10 August 2017, Mr Mills was granted permission to bring an appeal to the Supreme Court.A husband has called for the law to be changed after being ordered to increase maintenance payments to his ex-wife, 15 years after finalising their divorce. The Court of Appeal heard that the ex-wife had spent all of the lump sum awarded to her in divorce proceedings and was therefore unable to support herself financially.

Graham and Maria Mills married in 1988, separated in 2001 then divorced in 2002 after having a son together. In the divorce settlement, Mrs Mills, 51, was awarded a lump sum of £230,000 and £1,100 a month in maintenance to enable her to buy a house and care for their son. Mr Mills agreed to give his ex-wife nearly all of their liquid capital on the condition that he kept his surveying business, Technics Group. The financial proceedings were left “open-ended” as Mrs Mills was ill at the time and so it was difficult to calculate what her future earning capacity would be.

Two years ago, Mr Mills applied to cut or cap his maintenance payments because their son was 23 and able to live more independently. Mrs Mills objected to this because the son was still in full-time education and living at home with her. The husband was also motivated to return to court because he wanted to free up money to share with his new wife and child. The judge at the hearing, Mark Everall QC, rejected both Mr Mills’ application to cut or cap the maintenance order and Mrs Mills’ claim that the maintenance should instead be increased.

In the Court of Appeal this week, Lord Justice Longmore and Sir Ernest Ryder overturned Judge Everall’s ruling. According to The Telegraph, the maintenance payments were increased to £1,441 a month for life on the basis of Mrs Mills being “unable to meet her basic needs”. Indeed, Judge Everall had calculated that her monthly outgoings were of this sum, but nevertheless refused to vary the maintenance.

Mrs Mills, a former Notting Hill estate agent, arrived in this position of running up debts owing to a string of “unwise” property deals. Looking to climb the property ladder, she first bought a home in Weybridge, then a three-bedroom flat in Wimbledon then a two-bedroom Victorian apartment in Battersea. The BBC reports that, after selling the Battersea property to return Weybridge, Mrs Mills was left “without any capital”. In her defence, Mrs Mills’ barrister, Frank Feehan QC, pointed out that Judge Everall had not found her “profligate or wanton in her approach to her finances”. He argued that her debts were caused by many years living as a single parent with health problems.

Frustrated with the result, Mr Mills told The Standard that “I feel like I am paying for her mismanagement of finances”. His barrister, Philip Cayford QC urged the court to reflect “social change” in their judgement: “it is wrong in principle and in law that the wife should continue to depend, and indeed seek to increase, her dependence on the husband”. Mr Mills has urged courts to consider a time limit on maintenance payments so that ex-partners are not tied to each other for life.

In the backlash, with the media painting Mrs Mills as entirely irresponsible in contrast to her “reliable” ex-husband, the former has been victim to hatemail. Internet trolls swiftly descended on her proving the facile tendency to criticise women for being recipients of large divorce pay-outs. Mrs Mills delivered a statement to set the record straight: “it should be noted that since the divorce 15 years ago, I have never returned to the court to increase my maintenance, despite my financial difficulty and bad health and low earnings”.

Possibly bolstered by the media attention the hearing attracted, Mr Mills is now looking to appeal the decision. Mrs Mills is currently living in her Weybridge property and working two days a week as a beauty therapist. If he is granted permission to appeal, the court will have to decide whether the disparity between Mr and Mrs Mills’ earning capacity overrides his pleas for the UK to take sterner measures to make wives who were once financially dependent, self-sufficient.

Uma Thurman involved in vicious custody battle
This site uses cookies. Find out more. Continued use of this site is deemed as consent.   CLOSE ✖