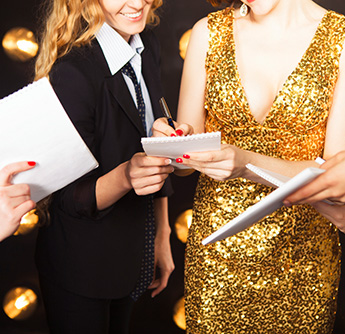 On Friday, Uma Thurman and Arpad Busson arrived at Manhattan Supreme Court to decide on custody arrangements for their four-year-old daughter, Luna. The Kill Bill star’s fight began when her French-born financier ex, Busson, filed a custody lawsuit against Thurman in New York in 2014. After drawing up a three-year co-parenting settlement in 2015, now Busson’s back to demand more time with his daughter.

Thurman, 46, and Busson, 53, began their relationship in 2007 which led to Busson proposing the following year. However, the wedding was called off the year after and Thurman was forced to hand back her eight-carat diamond ring. After reconciling, the pair had a daughter in 2012 only to break up two years later, triggering the custody row.

The hearing started explosively with the court psychologist, Dr Sara Weiss, explaining that the pair’s relationship is so toxic that they should never be together with their daughter: “at this point I don’t think that these people should be in the same room together with until they have a little more ability to kind of be comfortable with each other”. Busson requested to have Luna for ten days a month instead of the current seven, however Dr Weiss advised against it since he has shown many signs of being more concerned with his own interests than his daughter’s. Once, Busson arranged for Luna to be sent to the Bahamas where he was living, only to leave the island to attend a Rolling Stones concert with his son. Another time, he left Luna in the care of his ex, Elle MacPherson while he went to a football match.

According to the Telegraph, Busson’s lawyer, Peter Bronstein, accused Thurman of “serious mental illness” and of mixing alcohol with her medication. Dr Sara Weiss confirmed that Mr Busson had repeatedly told her about Thurman’s mental instability. The Daily Mail has reported that Thurman was taking Triazolam, Wellbutrin and Klonopin to remedy depression, anxiety and insomnia. Dr Weiss dismissed that Thurman was suffering from a personality disorder but instead a possible attention deficit disorder.

Not only did Busson object to Thurman having the capacity to care properly for her daughter, he also slated her choice of primary school. Busson turned his nose up at the private school in Brooklyn Heights which costs $25,000 a year because he thought the pupils (whose alumni include Lena Dunham, Zac Posen and Jennifer Connelly) were “dishevelled and dirty”.

Thurman, who was first married to Gary Oldman, has two teenage children from her second husband, Ethan Hawke. Busson, too, has two children from his ex-wife Elle MacPherson.

Dr Weiss’ comment “Mr Busson’s visits are focused on his needs rather than his daughters” is a much-needed reminder that, in child arrangements, the welfare of the child is paramount. Luna, the victim of parental tug-of-war enacted in full view of the media, will no doubt be one of the many children who are used as a bartering tool to satisfy their parents’ personal vendettas.

Unending care costs and lasting power of attorney
This site uses cookies. Find out more. Continued use of this site is deemed as consent.   CLOSE ✖