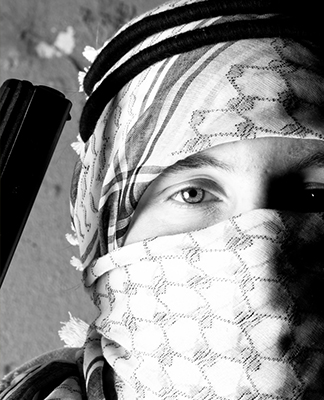 Yesterday morning, the parents of ‘Jihadi Jack’, John Letts and Sally Lane, arrived for their trial at the Old Bailey. Their 20-year-old son is thought to be the first white Briton to have joined IS. Jack left his family home in Oxford in 2014, ostensibly on holiday to visit a friend in Jordan, and never returned. It is reported that, living in Fallujah, he now has an Iraqi wife and a son called Muhammed. Jack himself, a recent convert to Islam with a history of mental illness, now goes by the name of Abu Mohammed.

In this trial, it is not the suspected terrorist son who is being brought to justice, but his parents. Having sent a total of £1,723 to Jack during his absence, Letts and Lane are pleading guilty to three counts of making money available, or having reasonable cause to suspect that it may be used, to fund terrorism. Lane is charged with two further counts of attempting to send two sums of £500.

In this case, neither of the parents are religious themselves, nor had they ever planted or cultivated any of their son Jack’s extremist ideas. Their payments to him may indeed prove to be badly misjudged attempts to help a much loved and missing son. It seems that the radicalisation of ‘Jihadi Jack’ was self-administered, possibly through the abundance of extremist material online.

In contrast, the family courts have recently been occupied with the prevention of children being radicalised by their parents. The sudden onslaught of child radicalisation cases in the last few years led Sir James Munby to publish the Guidance ‘Radicalisation Cases in the Family Courts’ in October 2015 to assist with child proceedings.

In December 2016, Mrs Justice Pauffley presided over a case, Re C (A Child), in the family division of the High Court. This case concerned a disclosure order made against the Secretary of State for the Home Department (SSHD) relating to parental extremism. By way of background, The London Borough of Tower Hamlets were informed by the SO15 (the Counter Terrorism Command) that a certain child’s father was “an Islamist extremist who has previously travelled to Syria and engaged in terrorism-related activities” and was likely to return in the near future. Having made this discovery, HM Passport Office refused to issue the father a passport. Once this information was received, child care proceedings were begun on 26 July 2016 in the East London Family Court but then transferred to the Royal Courts of Justice in accordance with ‘Radicalisation Cases in the Family Courts’. The child was made the subject of an interim supervision order on 1 August 2016.

On 4 October 2016, Mrs Justice Pauffley made a disclosure order against the SSHD without due notice in order to hasten proceedings and care planning for the young child. The order stated that the courts needed “information about any extremist or radicalised conduct by the adults in the family”, which it was at liberty to give. The SSHD was given leave to apply to vary or discharge the order upon 24 hours’ notice but no application was made. Mrs Justice Pauffley revisited the order on 3 November 2016 with a lawyer on behalf of the SSHD who asked for more time. Two recitals related that the SSHD had declined to disclose any information and would resist any further application for disclosure but would consider making an application for closed material proceedings under the Justice and Security Act 2013.

The SSHD had to decide whether to claim PII, and therefore exclude the material from proceedings, or seek a closed material procedure. The issue at stake was whether disclosure of the information could cause substantial harm to public interest. Marina Wheeler QC for the SSHD argued that the local authority failed to adhere to the Guidance through giving an inappropriately broad request without due regard for the sensitivity of the information. In addition, there was insufficient notification as to the issues and the order was made without notice. She also claimed that disclosure was wrongly sort to “assist” the court, rather than the court only sanctioning a disclosure order because it was “necessary”, as defined in r.21.2(3) of the Family Procedure Rules. Wheeler also put forward that disclosure should not be sought if the information is available from other sources. In this case, material had been disclosed by the Sussex Police (a disk storing 5,000 images from one of the parent’s phones), but this would not be of use in family proceedings.

In the judgment, Mrs Justice Pauffley rebuts these points, stating clearly that the request was only so wide because the local authority did not know where the useful information would be stored, nor what it might be. Pauffley J dismissed Wheeler’s argument that her order for disclosure against the Passport Office indicated her wish to make her own assessment of the material by which the expert decision was made. Mrs Justice Pauffley justified her order saying:

“The information upon which the decision was based could be highly relevant to the fundamental question: whether there is a likelihood that this child would suffer significant harm if an order were not made.”

During Re C (A Child), reference was made to a similar case from 2015, Lancashire County Council v M & Ors [2016] EWFC 9, addressed recently in Vardags’ Family Law News. Just as Mrs Justice Pauffley placed focus on the paramountcy of the child’s safety within an extremist household, Mr Justice Peter Jackson in Lancashire County Council v M & Ors considers what care arrangements are appropriate for children with an extremist father/step-father. In this case, written in plain English for the benefit of the children concerned, a white British family with four children (two from a previous partner) were put in danger by the father, Mr A, a recent convert to Islam whose beliefs swiftly turned to extremism. Mr A had a record of aggression and intimidation towards professionals and officials, and secret police recordings demonstrated the extent of his hatred towards all who do not follow sharia law. In July 2014, Mr A tried to reach Syria alone but was stopped at Manchester Airport and later released. From early 2015, he had expressed his desire to go on family holiday to a Muslim country then in July they set off to Paris where the children had been promised they would go to Disneyland. Instead, they took flights to Morocco, then on to Turkey, although the wife had thought they were going to Spain. On arriving in Istanbul, an order was sent to return the family to London where the parents were arrested and the children were taken into foster care. Since the conclusion of this case, Mr A was convicted of firearms offences and sentenced to imprisonment for 18 years.

As the NSPCC has noted, the radicalisation of children has in recent years become one of the UK’s most pressing social issues. The shock of Jack allegedly becoming Britain’s first white IS fighter has brought the radicalisation of youths into the limelight, but the family courts have the power to prevent vulnerable minors following the same path. The cases of Re C (A Child) and Lancashire County Council v M & Ors demonstrate the danger of young and impressionable children being radicalised by extremists within the family. Re C (A Child) in particular proves the importance of courts having access to all necessary information about family members who could potentially be breeding terrorism in their own homes. Family courts in the UK, now that child radicalisation is no longer a novelty, will have to continue the fight to protect the young from hateful rhetoric and use the ever-growing body of case law to deal with these troubling cases as carefully as possible.

UK approves controversial three-parent IVF procedure
This site uses cookies. Find out more. Continued use of this site is deemed as consent.   CLOSE ✖