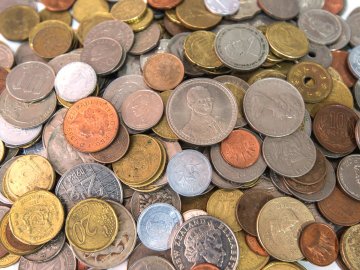 A loophole in Chinese property law in 2013 led to hundreds of urban, married couples divorcing to evade property tax. After China’s State Council announced in February that after it would introduce a 20 per cent capital gains tax on profits from second-hand house sales, couples with two properties jumped to file for divorce, put a house in each person’s name and then sell tax-free instead.

Unperturbed by party censure, there was a second surge of divorces in Shanghai earlier this year as Chinese couples split to evade the astronomical 70 per cent down-payments demanded for second properties. The surge happened suddenly amongst rumours, hastily denied by officials, that the Chinese authorities were going to close this loophole for the recently-divorced.

It was a phenomenon that the authorities were quick to decry, but not the first time that governments have inadvertently discouraged marriage through tax loopholes.

As Vardags reported last year, Japan is set to axe spousal tax breaks to encourage more women into the workplace, in spite of historically low unemployment rates of 3 per cent. In the US low earners can be penalised for being married under the Earned Income Tax Credit scheme which offers refundable tax credits to low-income workers. In the UK unmarried couples with properties can strategize to lower CGT.

When both partners own property of their own, like the rising numbers of couples remarrying late in life, they may want to anticipate their capital gains bill. In the UK principal private residence is exempt from CGT when sold with any other properties attracting the high rates. Unmarried couples who own their own properties can cut their capital gains bills by spending a stint living in a second property. Both during the period in which the property is the main residence, and the last 36 months of ownership, the property is exempt. This last 36 month period offers the couple a window when the home can be both rented out and exempted for tax purposes. When the couple buys a second home they have this period of time to elect which of their homes is their principle residence, whether they are living there or not. After these two years this nomination window closes and it is up to the couple to prove that they were living in the second property if they want to avoid CGT. Unmarried couples can make a similar manoeuvre to avoid paying higher rates of stamp duty.

There are other instances where couples might benefit in some ways from cohabiting without tying the knot. A spouse can create a tie for tax residence purposes and EIS relief for investment in high risk shares is retrospectively withdrawn upon marriage in certain circumstances. In spite of this, married couples in the UK are for the most part better off; just as state subsidization of marriage in the US overwhelms the EITC loophole. Certainly statistics indicate that wealthy people are more likely to marry in the first place, but this doesn’t fully account for their greater wealth. People who get married and stay married have roughly double the wealth of those who never marry – or four times the wealth if you consider their combined household income, research by Jay Zagorsky at Ohio State University suggests. Having a legal partner allows you to re-jig your assets between you to minimise the family tax bill. You can transfer your personal allowance, switch assets to the lower-earning partner, double up on CGT exemptions, or inherit final salary pensions, increasingly rare as they may be. Marital support buffers against hardships. Pooled resources go further. Capital is accumulated.

The tax breaks help too. For the most part first world governments do explicitly encourage marriage. David Cameron made marriage a political talking point when he promised tax breaks for married couples in his successful 2005 leadership campaign, then included it in the 2010 party manifesto. In 2013, he announced somewhat unequivocally to the House of Commons: “Frankly, I am a marriage man, I am a great supporter of marriage. I want to promote marriage, defend marriage, encourage marriage.”

Though take-up of Cameron’s means-tested tax break was low, that there even was a high-profile, state-sponsored policy advocating marriage was in itself significant. It professed an official conviction that dual-parenthood and happy, committed relationships formed the best context to raise and socialize children. It was a grassroots-Tory appealing, unabashed governmental declaration in support of marriage. The Lib Dems didn’t support it but couldn’t block it within the Coalition, Labour out and out decried the move. Ultimately it became defensible with Cameron sticking to his guns on the long-overdue legalisation of gay marriage. Traditional values thus met with a cosy liberal Cameronism and what with the collapse of the opposition, and recent muttering in the Cabinet about trying to improve the low marriage tax-break uptake, it seems the official pro-marriage line is set to continue.

Law Commission publishes report on the enforcement of family financial orders
This site uses cookies. Find out more. Continued use of this site is deemed as consent.   CLOSE ✖