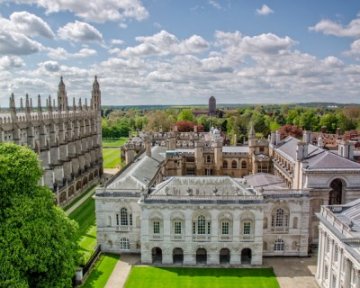 When two legal experts divorce, a powerful battle can unfold. One such expert, law lecturer Dr Kathleen Liddell, recently won her war over maintenance, which she had successfully fought to retain.

Mrs Liddell, a 40 year-old senior Cambridge University law lecturer, will continue to receive maintenance despite an increase in income to £53,000. This was heavily contested by her ex-husband, Mr Goran Mickovski, who argued via his barrister that the decision to continue maintenance had left Liddell with more money than was necessary.

Prior to their divorce, the couple lived in a £800,000 home in North London, contributing handsomely to the majority of the couple’s £1.2M assets. Following the irrevocable breakdown of the marriage, Mrs Liddell received a lump sum of £550,000, and in return signed her half of the house to Mr Mickovski, where he continues to reside. Mrs Liddell subsequently used the lump sum to purchase a five bedroom property in Cambridgeshire and relied on the maintenance for additional income.

However, Mrs Liddell was struggling to match her incomings with her outgoings following the settlement and so increased her part-time work to a full-time role. This transition left her with an increased income of £53,000. Mr Mickovski, a consultant solicitor in London, used the increased pay as a reason to stop paying the £723-a-month maintenance, by reason that she should be financially independent by now.

The courts condemned Mr Mickovski’s conclusion, arguing that the transition was necessary so that Liddell could work ‘as hard as she could’ to ‘survive financially’. In contradiction with Mickovski’s demands, Judge Markanza Cudby instead produced an order to pay a £34,000 lump sum to cover four years’ worth of maintenance.

This was later upheld by the Court of Appeal who made mention of Cudby’s celebration of the transition by Liddell, congratulating her strong work ethic. Lady Justice Macur reinforced the dismissal, saying:

‘The wife says ; “I need to work in order to survive financially”. She was struggling. Each month her outgoings exceeded her income. That is why she needs maintenance going forward and why the judge made the findings that she did.’

Referencing Cudby’s decision, the appeal judges added: ‘The judge congratulated her for getting herself back to work full time with tiny children. The judge found that the husband had not been accurate in his assertions… she accepted the evidence of the wife. We intend to refuse the husband permission to appeal’.

It is an expensive decision for the University of Melbourne law graduate who, in addition to paying the £34,000 lump sum, he will also have to contribute £3,543 in legal costs.

The University of Melbourne law graduate must pay four years’ worth of maintenance to Liddell, £34,000, in a lump sum. He will also have cough up £3,543 in legal costs.

Digitised divorce: can a computer replace a solicitor?
This site uses cookies. Find out more. Continued use of this site is deemed as consent.   CLOSE ✖