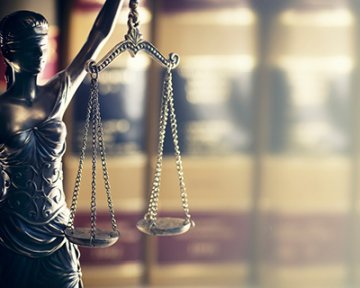 As we look to the year ahead, we consider what change should come about in the coming months and beyond.

One of the most significant ways in which Form D8 is changing, we will be seeing this in the months to come. The change is part of a bid to simplify proceedings in tandem with the form going online.

Since Sir James Munby’s enthused advocation of a digitalised court at the Family Law Bar Association annual dinner last year, it is generally accepted that ebundles are the way ahead. Reports from the FPRC’s open meeting in December indicate that preparations for online divorce petitions are underway, and Form D8 will soon be ready for use online. Though there will need to be rigorous testing before then, come spring we may well be seeing the introduction of a pilot scheme.

In 2014 Sir James Munby declared of the Family Courts and the Courts of Protection that “in both courts there is a need for greater transparency in order to improve public understanding of the court process and confidence in the court system”. Though a consultation paper was issued, since then there has been little indication of further moves to ensure this. Controversy over press reporting on family cases has raged on unceasingly since, dividing judges in the Family Division.

The pilot scheme relaxing the rules governing public and press attendance at hearing will end its extended run at the Court of Protection on the 31 August. Though currently contentious, should the scheme be declared a success, it may well pave the way for a similar pilot in the Family Court.

After family proceedings courts were done away with to be replaced by the single Family Court back in 2014, The Financial Remedies Working Group made a number of recommendations of how procedure could be further simplified in their final report. Their aim was to fuse financial remedy applications into a unified procedure, a redesign which would result in there being only one Form E. It is anticipated that their recommendations will be brought in this year.

Sir James Munby hopes that his ‘settlement conferences’ will become to children cases what FDR is to financial remedy cases. Already piloted in London and Liverpool, a pilot is due to start this month in Sussex. Review, and almost inevitably full implementation, to follow.

The Family Mediation Council’s consultation about whether mediators should be drafting consent orders closes on the 31st January. A review of the FMC’s code may follow.

The strain on the Court of Appeal

Changes to the appeal route in family law proceedings last year will continue to reverberate on the Family Division High Court. An amendment order last October redirected certain family law appeals to the Family Division High Court. In the months to come it should become apparent whether the act has even made a dent into the workload of the overburdened Court of Appeal.

Last year’s Home Office Inquiry saw sharia councils scrutinised for their role resolving family and divorce disputes and their relationship with the British legal system. Predominantly sought out by women attempting to divorce their husbands, the prevalence of sharia councils has shed light on recent revelations that the majority of Muslim marriages in the UK are unregistered, with many unaware that this makes them non-marriages in English law. Given the comparative ease with which Muslim men may dissolve religious marriages, this is a cause for concern, as it places de facto married women outside the protections of the Family Courts. Speaking in the first evidence session in November, renowned Muslim scholar Dr Elham Manea advised the committee that in order to protect women, civil marriage ought to be made a mandatory requirement for a religious marriage and the Divorce (Religious Marriages) Act 2002 extended to Islamic marriages. One can hope that her advice will be heeded.

In December last year, the Law Commission published its report on the enforcement of family financial orders. Vardags’ Senior Associate Naomi Rainey, who sat on the legal advisory group, was impressed with the commission’s findings, saying that “if implemented the recommendations should make a real difference”. For those who are struggling to enforce orders and to the families struggling to get by without the financial support legally entitled to them, stricter penalties for non-compliance would be welcome. The Family Court’s light touch with penalties is in part necessary, lest they should harm the people that procedures are there to protect. However as Naomi emphasised, it is “completely unacceptable” for someone to be ordered to make a payment and then refuse to pay.

A recent Guardian investigation brought the issue of victims of domestic abuse being cross-examined by their victims, in the Family Courts under public scrutiny. Frustrated by the government’s slow reply to what is a matter for ministry, Sir James Munby very recently stressed the “pressing need to reform the way in which vulnerable people give evidence in family proceedings”, lamenting how the family justice system “lags woefully behind” the criminal courts. Last year a review was led by Mr Justice Cobb of family procedure rules concerning vulnerable witnesses. The Family Procedure Rule Committee have since received ministerial clearance on their final policy draft FPR 2010, PD 3AA. The timetable for implementation is expected very soon and in February the FPRC will discuss the participation of children in proceedings, at their next meeting. Over in the executive, Lord Chancellor Liz Truss commissioned an emergency review in order to “find the quickest way” to bar it from happening.

Redstone gave “tens of millions” to women he bedded, ex-girlfriend claims in court documents
This site uses cookies. Find out more. Continued use of this site is deemed as consent.   CLOSE ✖