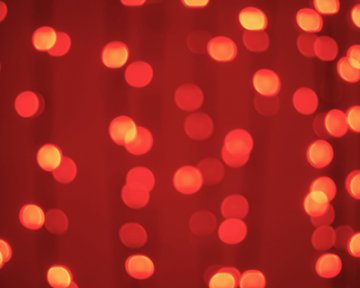 On Sunday it was reported that Hollywood icon Zsa Zsa Gabor had passed away at her Los Angeles Home, aged 99.

The Hungarian beauty queen had spent nearly 75 years in the spotlight starring in over seventy films including Moulin Rouge (1952) and Lili (1953) however it was often remarked that the most famous character she played was her own. Witty and self-parodying, she played thinly veiled tributes to herself in films, made scores of cameo appearances and spent decades frequenting chat-show sofas. Perpetually draped in diamonds and furs, the serial divorcee released a book in 1970 entitled, “How to Catch a Man, How to Keep a Man, How to Get Rid of a Man”.

Nine-times married, seven-times divorced and once wed to a bigamist at sea, Zsa Zsa Gabor, was famous for her outrageous quips about men, money and marriage. Her first marriage to the prominent Turkish politician Burhan Asaf Belge lasted four years. Her second, to the hotelier, Conrad Hilton lasted five. She was married five years to the day to actor George Sanders. After their divorce, they subsequently starred in a film together and Sanders later enjoyed a short-lived marriage to Zsa Zsa’s older sister, Magda. Three years with a stockbroker and Herbert Hutner followed. She enjoyed 19 months with an oil tycoon and barbie doll designer in turn, then married her divorce lawyer who she instructed when separating the latter. Her next marriage was invalid and annulled, a case of bigamy at sea with Mexican actor, Felipe de Alba, lasting a day.

Unperturbed by her many divorces, Zsa Zsa went on to marry Frederic Prinz von Anhalt with whom she was with for 24 years, until her death last week.

When asked how many husbands she had, Gabor famously replied, “You mean apart from my own?”

Ms. Gabor’s many public appearances included a 1987 address to the American Bar Association convention in San Francisco, where she spoke to the family law section at a standing-room-only luncheon. “We’ve had enough of the routine speakers,” the chairman said, introducing Ms. Gabor as “an optimist who still believes in marriage.”

Telling her tales of marital joys and woes, Ms. Gabor confided, “I have learned that not diamonds but divorce lawyers are a girl’s best friend.”

“Husbands are like fires: they go out when unattended”

”A girl must marry for love, and keep on marrying until she finds it.”

“I never hated a man enough to give his diamonds back.”

“I want a man who’s kind and understanding. Is that too much to ask of a millionaire?”

“I’m a great housekeeper. Every time I get a divorce, I keep the house.”

Reproductive charity calls for return of donor anonymity amidst sperm shortage
This site uses cookies. Find out more. Continued use of this site is deemed as consent.   CLOSE ✖