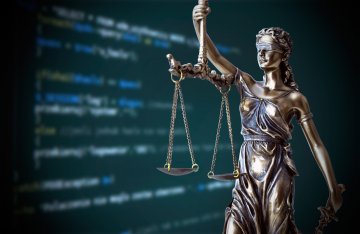 On Thursday 12 January, the Ministry of Justice published their 2015-2016 ’Report on the implementation of Law Commission proposals’. The report, covering the period from 12 January 2015 to 11 January 2016, looks at the extent to which Law Commission proposals have been implemented by the government. In regards to family law, there are several significant proposals which are yet to be implemented and are waiting government decision, including changes to marriage law, the introduction of qualifying nuptial agreements and increased property rights for cohabitants.

"The previous Government consulted on whether the law should be changed to allow non-religious belief organisations, including humanists, to conduct legal marriages. They concluded that there were broader implications for marriage law and asked the Law Commission whether it would conduct a review of the law on marriage ceremonies. The Law Commission undertook a preliminary scoping study and reported in December. The Government is carefully considering the report and will respond in due course."

In December 2015, the Law Commission published ’Getting Married: A Scoping Paper’ alongside an executive summary, following the Coalition government’s 2014 request that they conduct a review of the law governing how and where people can marry in England and Wales. The Law Commission had found that this area of law was "badly in need of reform", and recommended "a new system that provides for greater choice within a simpler legal structure", although it did not consult on specific options for reform.

Currently, couples in England and Wales wishing to tie the knot can do so via a civil ceremony or a religious one. However, there is no legal provision for marriages conducted by non-religious belief organisations, such as humanists. Those who wish to marry in a humanist ceremony must also partake in a civil ceremony in order for their marriage to be legally valid. The Law Commission highlighted the "practical obstacles" to solemnizing marriage ceremonies conducted by non-religious belief organisations, namely that such organisations "tend not to have buildings that could be registered under that purpose".

The Law Commission considered the notion that this could be resolved under current law by activating the "statutory order-making power to permit marriages according to the rites of non-religious belief organisations". However, they concluded that bestowing this order-making power would be "unfair" to religious organisations, as they are "subject to greater legal regulation", and thus deemed the solution nonviable. Instead, the Law Commission recommended "streamlining the current routes into marriage in a way that could accommodate religious and non-religious marriages", which "could include the introduction of universal civil preliminaries".

The introduction of universal civil preliminaries would mean that all couples would be required to give notice to the registration office prior to marriage. Currently, couples who marry in an Anglican Church are not required to do so.

The Law Commission published its final report on Matrimonial Property, Needs and Agreements in February 2014. The report makes recommendations to clarify the law of financial needs on divorce or dissolution of a civil partnership which would ensure that the law is applied consistently by the courts and reinforces judicial best practice. In addition, it investigates whether an aid to calculation of spousal support could be devised. Finally, it recommends the introduction of qualifying nuptial agreements in England and Wales which would be enforceable contracts, with a number of related provisions and safeguards, enabling couples to make binding arrangements for the financial consequences of divorce or dissolution.

Referencing the withdrawal of legal aid in the family courts and the subsequent proliferation of litigants in person, this report stressed the need to clarify the meaning of financial needs "in guidance to be published by the Family Justice Council" in order to ensure full transparency in the law. This guidance was released in July 2016.

In regards to the calculation of spousal support, the Law Commission acknowledged that "no formula can take account of all aspects of each unique case" but advised that guidelines would be particularly useful for those unable to afford bespoke legal advice. As stated in the ’Report on the implementation of Law Commission proposals’, the Ministry of Justice "is working to develop an online tool supported by formulae to assist separating couples and help provide confidence in making private financial arrangements on divorce."

The February 2014 report also recommended introducing "qualifying nuptial agreements". Prenuptial agreements have been legally enforceable unless they are deemed to be unfair since 2010, when Vardags emerged victorious in the Supreme Court case of Radmacher v Granatino. The proposed qualifying nuptial agreements would, however, be binding. Conditions to ensure that fairness is upheld would still, of course, apply; at the time of signing, parties must have "disclosed material information about their financial situation and both received legal advice", and both parties’ needs must be met.

The Ministry Of Justice’s implementation report states that qualifying nuptial agreements are "part of a wider consideration of private family law reforms" by the government, whic will respond "in due course".

"The Law Commission published its report Cohabitation: the Financial Consequences of Relationship Breakdown in July 2007. This report recommended the creation of a statutory scheme giving property rights to qualifying cohabiting partners against each other on relationship breakdown. The Law Commission’s report Intestacy and Family Provision Claims on Death, published in December 2011, also included recommendations relating to cohabiting partners. In particular, that report recommended giving qualifying cohabitants the same entitlement as a spouse or civil partner on intestacy and giving cohabiting partners more rights under the Inheritance(Provision for Family and Dependants) Act 1975."

In terms of the previous government’s response, the implementation report goes on to state that the Coalition government twice opted not to take these recommendations forward, on the grounds that major family law reforms were already planned. According to the implementation report, the current Government is "still considering the proposals" put forth by the Law Commission.

As Vardags has often been at pains to stress, there is no such thing as a common-law spouse in England and Wales. Under current law, cohabiting couples who seek legal protection for themselves and their assets can enter into a cohabitation agreement, but there is no default safety net.

A Cohabitation Rights Bill to "provide certain protections for persons who live together as a couple or have lived together as a couple; and to make provision about the property of deceased persons who are survived by a cohabitant; and for connected purposes" had its first reading in the House of Commons in June 2016. A second reading is yet to be scheduled.

The full report can be downloaded here.

Cross-examination of vulnerable people in the family courts: Munby and Truss call for reform
This site uses cookies. Find out more. Continued use of this site is deemed as consent.   CLOSE ✖