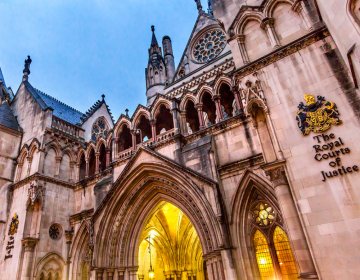 Tini Owens (65), has gone to the Court of Appeal after being been refused permission to divorce Hugh Owens (78), her husband of 39 years.

Judge Robin Tolson QC found that there were insufficient grounds for divorce and refused her application. He dismissed her allegations as “exaggerated”, “at best flimsy”, “minor altercations of a kind to be expected in a marriage” and “an exercise in scraping the barrel”.

Yesterday Mrs Owens’s lawyer asked the appeal judges to overturn that decision, saying it was unreasonable to expect her to stay in a marriage that she wished to leave.

Vardags has long been campaigning for no fault divorce and the elimination of a blame culture that is damaging to families. A no-fault divorce system, similar to the concept of “irreconcilable differences” that we see in the States, would allow couples to file a joint divorce petition at court without encouraging the acrimony of formally appointing blame.

Vardags’ John Oxley had this to say:

This case highlights the outdated farce which is fault-based divorce. This lady is prepared to go to the Court of Appeal to secure her divorce, but there remains a risk that the court could effectively order her to remain married. It is absurd. That a judge has to be satisfied that her reasons for wanting out of the marriage are real is an archaic relic of Victorian morality. It is high time that we embraced no fault divorce to avoid the risk of situations like this.

Tini Owens awaits judgment at the Court of Appeal.

Manchester office nominated for best family law team at Manchester Legal Awards 2017
This site uses cookies. Find out more. Continued use of this site is deemed as consent.   CLOSE ✖