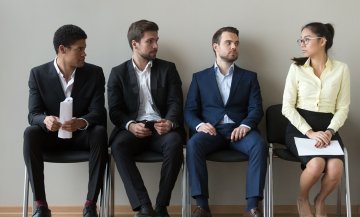 Earlier this month, the renowned Fawcett Society released the long-anticipated Sex Discrimination Law Review. Arriving in the centenary year of the first legislation for women’s suffrage, the report assesses where women’s rights stand in post-Brexit Britain and what barriers to justice still exist. The topics covered include research into domestic violence and access to justice alongside analysis on matters such as women in the workplace and hate crime. The first of its kind to tackle the Brexit angle, the report is scathing of the current lack of provisions for women and boldly puts forward strategies to reform the legal system.

The panel behind this review was made up of legal experts and policy advisors, led by Dame Laura Cox DBE, the retired High Court judge. The team were chosen to reach a conclusion to the question: ‘Is sex discrimination law in the UK fit for purpose?’ after there were concerns that the European Union (Withdrawal) Bill would erode long-established rights. The panel considered the effectiveness of the laws currently in place, balancing the rights of the individual with the responsibilities of the organisation.

"The evidence we received, of increasing levels of violence, abuse and harassment against women, was deeply disturbing. A lack of access to justice for such women has wide-ranging implications not only for the women themselves, but also for society as a whole and for public confidence in our justice system." Dame Laura Cox DBE

Domestic violence, a main focus for this review, is one of the few matters where the family and criminal courts intersect. Allegations of abuse, for instance, frequently surface during divorce and care proceedings. Sam Smethers, the chief executive of the Fawcett Society, commented that violence against women and girls is “endemic” in the UK, demonstrating how far we still are from gender equality. And the statistics are harrowing: in 2016 there were over one million female victims of domestic violence in England and Wales, and two women where killed by their partner or ex-partner every week. Despite this indisputable crisis, funding from local authorities for refuges fell 23 percent between 2010 and 2016. More crimes are being reported and sentenced, but police are still more likely to close cases on domestic abuse than other violent offences owing to the difficulty in gaining evidence.

To help remedy this social ill, the review offers specific changes to be considered by the government. Firstly, the panel call for a comprehensive review into the ways in which perpetrators use the family justice system to continue their abuse of mothers through child proceedings. Further, the experts claim they have evidence that many family court judges are not taking allegations of domestic violence seriously enough when they decide on child contact. However the panel acknowledges that Sir James Munby’s Revised Practice Direction 12J has made good headway in protecting mothers and children from abuse. To supplement this document, the panel suggest that the family law judiciary undertake compulsory and sustained training in how to deal with domestic violence cases, for which the impact should be officially reviewed.

To make these suggestions more robust, the panel highlight legislation to be introduced or revisited. The review rekindles the call for a Domestic Violence and Abuse Bill that would bar perpetrators of domestic violence from cross-examining their victims in the family courts. This policy was proposed in the Prisons and Courts Bill 2016/17, however it was dropped despite being “long overdue”. The panel also recommend making a breach of a Domestic Violence Prevention Order a criminal offence, and for the definition of ‘coercive control’ to be extended to include after a couple have separated.

Transnational abandonment, another abuse often seen in the family courts, is also covered in the Sex Discrimination Law Review. Occurring nearly exclusively in marriages between foreign national wives and British national husbands, the panel call for this act, too, to be recognised as domestic violence. To bolster this change in legislation, the report also suggests reviewing immigration law to make provisions for this type of abuse.

Linked to transnational abandonment, the panel addressed the matter of the UK’s extraterritorial jurisdiction. In some cases, UK law can currently be applied to offences that took place exterior to the UK, such as forced marriage and FGM. This report calls for extraterritorial jurisdiction to be expanded to account for all sexual offences and domestic violence, so the UK can more comprehensively protect its citizens overseas.

One of the principal points addressed after gendered violence is access to justice. In the introduction to the executive summary, Sam Smethers states that access is still “limited”, especially after the cuts to legal aid. The panel advocates restoring legal aid in the family law system for victims of domestic abuse since the Legal Aid, Sentencing and Punishing of Offenders Act 2012 (LASPO) drastically restricts the access of those who need it most:

“The pursuit of equality is significantly undermined by the lack of access to justice; legal rights that cannot be exercised become devalued, ignored and seen as merely theoretical.”

The Sex Discrimination Law Review touches on many subjects which should be central to the government as they devise how to move forward independently of the EU. The report is not only effective in identifying the failures of current legislation and policy work but also, in offering specific solutions, provides real hope that the system can be improved. Only when gender equality is achieved will many of the issues addressed in this report be truly obsolete, however the panel have provided the opportunity for small steps to be made starting from today.

Where the state pays for legal representation. Generally not available for family law, unless there are allegations of domestic violence.
“Ayesha Vardag - Britain’s top divorce lawyer.”

Weinstein’s wife Georgina Chapman settles for less to ensure a quick divorce
This site uses cookies. Find out more. Continued use of this site is deemed as consent.   CLOSE ✖