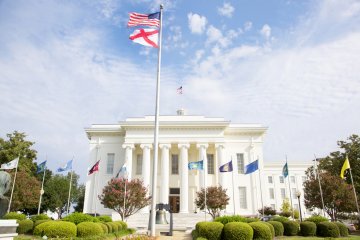 The Alabama Senate voted on January 16th 19-1 to pass a bill that would eliminate the requirement for marriage licenses and ceremonies in the state. The measure has since also been approved by the Alabama House Judiciary Committee and is now set for a vote in the House.

The bill’s sponsor, Sen. Greg Albritton, R-Range, has attempted to pass the versions of the bill several times in the last few years. Each previous version of the bill has passed the Alabama Senate only to fail to pass in the House of Representatives.

He originally introduced the bill in 2015, after a court battle that saw a federal court strike down Alabama state’s ban on same-sex marriages. The Supreme Court case of Obergefell v. Hodges, which legalized same-sex marriage throughout the country, was decided only months later.

The landmark ruling didn’t stop Alabama state’s resistance to the issue of same-sex marriage. Days after the judgement was announced, Alabama’s Supreme Court issued a blanket twenty five day ban on marriage licenses in the state. Disgraced politician Roy Moore, who recently lost a special election campaign for U.S. Senate after allegations of sexual misconduct, was then Alabama Supreme Court Chief. His order that probate judges should deny same-sex couples marriage licenses eventually led to his suspension. Years later, some probate judges continue to attempt to skirt the issue of discrimination by refusing to issue any marriage licenses at all due to a reluctance to issue them to same-sex couples. The legality of this method has been questioned.

Currently, Alabama state law allows some discretionary power in the granting of marriage licenses. Probate judges “may” issue marriage licenses but are not required to. Albritton’s proposed bill removes this discretionary power from probate judges. The probate judge is required by law to record a submitted form as a marriage document, thereby ensuring all couples can get married in all counties across Alabama. Since the bill also eliminates the need for a ceremony to “solemnize” the marriage, the only requirement for an official marriage would be the submission of the form to the probate judge.

The form requires the couple to sign an affidavit declaring they are both of legal age - 18, or 16 with parental approval - that they are not already married, that they are not related either by blood or adoption and that they are not under duress. The cost of the process remains the same and the bill specifies the change would not affect other family law issues such as divorce or any disputes involving children.

The bill is controversial. State Rep Patricia Todd, D-Birmingham, the only openly gay legislator in Alabama, last year called the bill “unnecessary” as probate judges should simply “do their jobs.” However, she recently said she would vote for the bill as she doesn’t believe the state should be involved at all in deciding who can and cannot marry. She is unhappy, however, with the belief that the bill only exists in order to aid Alabama judges who disapprove of same-sex marriage.

Senator Albritton, the bill’s sponsor and a Republican, has previously expressed his disagreement with the Obergefell v Hodges ruling. He has also affirmed that his bill is a direct response to it. “We would not have changed this had it not been for Obergefell,” Albritton said. He argues, however, that the most important issue at stake in his bill is not the protection of conservative probate judges, but that of the separation of church and state. "It%27s my belief that the state cannot make any kind of contract sacred," he says.