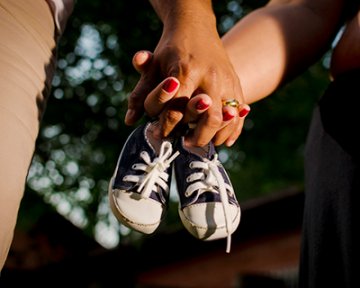 Placing children into foster care or with adoptive families can spark fierce and heart-rending debate, especially when a parent suffers from a disability. Under the Equality Act 2010, any court must be careful not to discriminate against a parent on the grounds of disability, though the best interests of the child will always take precedence. It is worth noting that there is no legal presumption that a child is brought up by their biological family.

This case concerned whether care and placement orders should be made in respect of two young children who had been placed in temporary foster care, due to a lack of appropriate care at home from their parents, one of whom had a learning disability. This required the consideration of three key issues:

i) Identification of the threshold at which care of the children could be considered so bad as to warrant such intervention, and additionally whether this threshold was met;

ii) whether the parents were capable of making changes that would bring their care to an acceptable level, and

iii) whether removing the children from a parent with a learning disability constituted discrimination.

The family of five was made up of one older child (A – 12 years old) and two younger (K and T – 2 and 1 years old), plus the father of K and T and the mother of all three children. A’s father died when she was very young. The mother and father had been together since 2009 and married since 2013. The mother had been diagnosed with a learning disability in April 2013, had an IQ of 57, and partial deafness in both ears. Both parents have struggled with depression. A was already in foster care; the case concerned K and T only.

A number of incidents lead to the initial involvement of social services. These included a 2014 incident where A was assaulted by the partner of the mother’s friend when the mother believed her friend was taking care of the children. Neighbours noticed that A was often left to play outside until nine or ten at night, and an anonymous call was made to the NSPCC because the baby had been heard crying for several hours. Social services noted a lack of routine in meals, cleanliness and sleep, and some “rough” behaviour towards the middle child. The children witnessed fighting between the parents and were found to be, in HHJ Dancey’s words, “exceptionally quiet and self-reliant”. There were concerns about A being a young carer and she had indicated she would rather remain with her foster family than return home. In temporary foster placements, K and T appeared to be thriving in terms of their development and overall health.

In order for a care and placement order to be made under section 31 of the Children Act 1989, a local authority needs to prove that, in the words of Baroness Hale, “nothing else will do” to rectify a situation where “the children have suffered, or are likely to suffer significant harm, attributable to the care being given to them not being what it would be reasonable to expect a parent to give”. HHJ Dancey bore in mind Hedley J’s words:

HHJ Dancey found that in this case the threshold was met due to a number of factors. These include the aforementioned instances of neglect, as well as the fact that K had experienced fits that appear to have been preventable with proper hydration and regulation of temperature. Additionally, the father’s depression appeared to be improving but only in coincidence with the children having been removed and lifting a burden from him. The father additionally failed to inform social services of his wife’s 2013 diagnosis when he had a duty to do so (though the judge noted this seemed an odd allocation of responsibility).

After weighing up the benefits and disadvantages of the children being adopted, HHJ Dancey found that three factors outweighed the problems of losing their sibling relationship with A and having questions about their biological parents in the future. These benefits were:

i) preserving the sibling relationship of K and T (in a placement together);

ii) avoiding an ever-shifting personnel of helpers creating discord in their lives and slowing their development, and

iii) the possibility of the required “reparative parenting” being given.

The second issue: the possibility of change

HHJ Dancey accepted the professional evidence that the mother appeared to be at a fixed point in terms of her learning. She was capable of change but not within the timescale required in the best interests of the children. In theory, the father would be capable of bridging the gap between the level of care the mother was capable of providing and the level of care required, but he was not doing so. Examples were given of the mother multitasking in child-care and housework whilst the father used his iPad. The judge also found that the father did not truly understand the mother’s inability or the concerns of the local authority and that he was at a “pre-contemplative stage in the cycle of change”.

“It is one thing for the parents to show willing to engage and accept help and support, and I do not doubt their genuineness in that respect, but unless they, between them, have a good enough understanding of why they need to change and what they need to do, the prospects of achieving real and necessary change are remote”.

The third issue: was this decision discriminatory?

The making of the care and placement orders was found not to be discriminatory, as the “parent is not being disadvantaged simply because of their disability”. He took into account Re D, where it was pointed out that parents with disabilities can be “good enough” parents and that they should not be deemed to fail in their parental roles simply for being less able than a parent without a disability.

The effect of the Equality Act 2010 is to demand that local authorities make “reasonable adjustments” to aid a parent with a disability in their role. Despite counsel for the parents arguing that the local authority had failed to involve personnel from the Adult Learning Disabilities Team at every session and had failed to teach in a way appropriate for the mother, it was found that such adjustments had been made. The parents’ counsel had argued for a package of care including daily social workers’ visits, a nursery for the children and help around the house from charities such as Home Start. However, this help throughout the children’s waking hours was deemed to be substitute parenting, with HHJ Dancey commenting:

“I do not read Re D or the Guidance as requiring local authorities to provide support to the extent that it amounts to substitute parenting. If a parent had such a physical disability as to require substitute parenting then I would expect the result to be the same, so I would not accept that this conclusion is discriminatory of parents with learning disability.”

K and T are to be taken into permanent care gradually. There would be “…no contact for a week after judgment (to allow the parents to adjust) and then weekly in the community until the end of this year and from January to reduce until a last goodbye contact at the end of February.”

The primary concern in children proceedings, looking at what is best for the child's welfare.
“Ayesha Vardag - Britain’s top divorce lawyer.”

Australian legal aid chairman suggests family law style mediation be used in cases of elder abuse
This site uses cookies. Find out more. Continued use of this site is deemed as consent.   CLOSE ✖