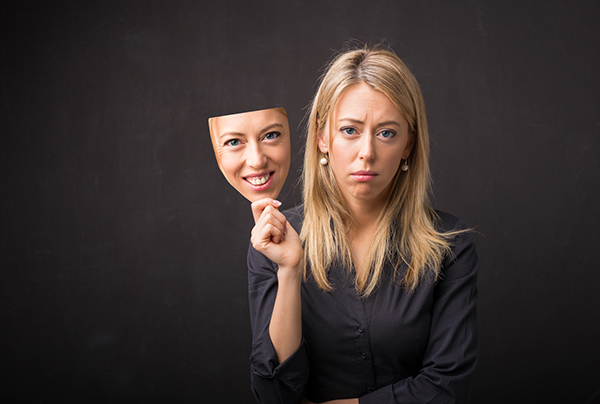 A familial, ethnic, or gendered marker, legally inscribed but variable. Feminist movements and globalisation have driven a major shake up of naming traditions, but diversity has done nothing to dampen the politics of naming. Once the preserve of newly-married women, the number of people legally changing their names has soared in the last decade and can amount to a joke, a security measure, a declaration of love or a gender transition. In marriage, more and more British couples are breaking from tradition. A man might now take his wife’s name, or his husband’s, or make up a new one entirely. Traditions vary widely overseas. Legislation passed in Quebec and Greece in the 1980s prevents women from taking their husband%27s names while in Japan it is illegal for married Japanese nationals to have a different surname. Most heterosexual married women in the UK still take their husband’s surname, but if the marriage breaks down – what then?

English women have been taking their husband’s surnames since the turn of the 15th century when, with a twist on the French tradition of coverture, jurists began to consider married couples “one flesh and one blood". The Married Women’s Property Act of 1882 ended this legal tradition, awarding married women their own legal identity, but the naming tradition remained. Notwithstanding the longevity of this tradition, it down to individual choice, whether single, married or divorced, what you want your name to be.

Anyone can change any part of their name under English law, a freedom defended as a human right under Article 8. With the sole limitation that it isn’t fraudulent, people update honorifics, take their partner’s surnames or apply to the court to change their children’s, alter spellings, anglicise or give themselves something they prefer. Just as women are not obliged to take their partner’s name when they marry, neither are they required to relinquish them on divorce, indeed it is the convention that they are retained.

Joni Mitchell, Tina Turner, Susan Sarandon, and Ivana Trump all chose to keep their names from their first marriage, despite divorcing and remarrying. In these cases the professional and public identity long outlived the marriage.

Other women are quick to dispense with the unwelcome reminder of an old marriage, dispensing with the surname and reverting to their maiden name before Decree Nisi is even granted. Providing you inform the other side you can change your name by deed poll before divorce proceedings are even finalised. Alternatively you can use your Decree Absolute and marriage certificate to revert your ID and bank accounts back to your maiden name. From then on, it is relatively simple, DVLA have to be informed via an online form and passports with old names can still be used until expiry.

The decision becomes more complicated where new partners and children are involved. Will an ex’s new partner have a "first Mrs de Winter" complex? Or will a new partner of yours be eager for a shared name? Jemima Goldsmith stayed a Khan for a decade after her divorce. When she finally announced her decision to return to Goldsmith the press speculated that her former husband’s plans to remarry to Reham Khan may have triggered the decision.

Even where hereditary titles are involved, the principle of freedom where possible is maintained. Before decree absolutes were granted on divorce, letters patent were issued with general rules to regulate royal titles after divorce. After Diana divorced Prince Charles, ’Her Royal Highness’ was restyled to Diana, Princess of Wales. In 1901 the (hereditary) Earl and Countess Cowley battled in the courtroom over whether the Countess could keep using her husband’s hereditary title after the couple’s divorce. The Court of Appeal found that the Countess Cowley did not infringe upon her ex-husband by using the title and so his injunction was thrown out of court:

“Speaking generally, the law of this country allows any person to assume and use any name…if this is true of strangers, it is a fortiori true of persons who have once acquired the right to use a name which the usages of society allow them to retain.” (Cowley v Cowley, 1901)

Some parents choose to keep their married name so that it is the same as their children. For the purposes of travelling it can even be practically advantageous; border control staff can demand evidence of parentage where they suspect child abduction. However, short of a court order, divorced parents are not at liberty to change their children’s names without the other parent’s consent. Should they wish to change it they would have to apply for a specific issue order in the family courts and a judge would decide if the proposed change is in the child’s best interests.

For something that feels so inherent to a sense of identity, it is remarkably common for people to change their names during their lifetime. Whether taken from family, marriage or anywhere else, a name is a choice that belongs squarely with the person who is going to be called by it.

Changing your name via Deed Poll

A Deed Poll is a legal document that binds the signee to statements set out in the deed. Officially it is known as a Deed of Change of Name, but due to this common use it has become known simply as Deed Poll. It requires the signee to commit to:

An individual can choose to be identified by any name. However, there are restrictions to prevent inherent confusion or embarrassment. Some applications the Deed Poll Office will not accept are those with names that are impossible to pronounce; if it includes numbers or symbols; if the name chosen is offensive or promotes criminal activities or racial hatred; or exceeds the 150 character limit.

On the Deed Poll application there is also an option of stating a preferred title, to officially associate with ‘Miss’, ‘Ms’ or ‘Mrs’. However, if you only intend to alter the title, and keep a married surname i.e. for those leaving long marriages and who therefore associate more readily with their married name, there is no need to complete a Deed Poll application form or pay a fee; you can simply start identifying yourself with the new title.

Assyrian tablet reveals ancient marriage contract with surrogacy clause
This site uses cookies. Find out more. Continued use of this site is deemed as consent.   CLOSE ✖