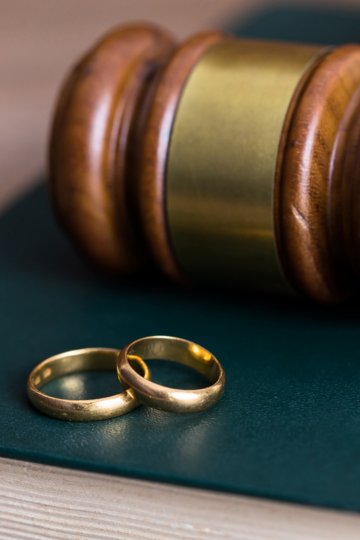 Following his provocative speech at the Golden Globes, Ewan McGregor has reportedly filed for divorce from his wife Eve Mavrakis. Leaving his 22-year marriage, McGregor has now gone public with his co-star Mary Elisabeth Winstead.

The Scottish actor Ewan McGregor OBE, 46, married French production designer Eve Mavrakis, 51, in 1995 after meeting on the set of Kavanagh QC. Together they have four daughters: Clara - 21, Esther - 16, Jamyan - 16 and Anouk - 6. The couple allegedly separated in May 2017 but their break-up was only announced in October, coinciding with when McGregor’s relationship with Mary Elizabeth Winstead, his co-star from Fargo, was outed after photos of the pair kissing were snapped in a London restaurant. Ms Winstead, 33, finalised her own divorce in May 2017 after tying the knot in 2010.

News came through this week that McGregor is said to have cited ‘irreconcilable differences’ in his divorce petition and requested joint custody of the three youngest children. Ms Mavrakis’ filed response reportedly asked for sole custody of the children with visitation rights for the actor, so it is expected that this debate over child contact will be a focal point in the proceedings going forward. As McGregor allegedly stated that he was “willing to pay spousal support”, after a hugely successful cinematic career including titles such as Trainspotting, Star Wars and Moulin Rouge!, the divorce payout could be a significant sum.

Commenting on being served the divorce papers, Ms Mavrakis told The Sun on Sunday “It’s disappointing and upsetting but my main concern is that our four children are OK.” This week, the estranged wife was spotted in California with her daughter Esther who recently posted a video online blatantly criticising her father’s new relationship in an emotional new song:

“Seeing those pictures, they’re making me cry… I don’t know to forgive. I don’t know if I can. Ruining me sure made you a man.”

Earlier this month, McGregor caused a stir at the Golden Globes when he thanked both his wife and girlfriend when he took to the stage. Receiving his award for Outstanding Lead Actor in a Limited Series or Movie, McGregor announced: “I want to take a moment to just say thank you to Eve, who always stood by me for 22 years. And my four children, I love you”, then followed this up with a shout out to Mary Winstead. Following the speech, a less-than-pleased Ms Mavrakis commented “No, I did not like his speech. For the same reasons you are here asking me about it. I am not going to say any more.”

Although details of the divorce and the assets are yet to be confirmed, this split could herald one of the largest financial settlements in the film industry. Regardless of how messy this split turns out to be, the American justice system, unlike in England and Wales, allows couples to avoid denigrating each other publicly through the option ‘irreconcilable differences’. Widely used by Hollywood stars, this option offers a certain amount of privacy which, if there are children involved like in this case, is hard to come by when your life unrolls on screen.

John Oxley discusses divorce trends with TalkRadio
This site uses cookies. Find out more. Continued use of this site is deemed as consent.   CLOSE ✖