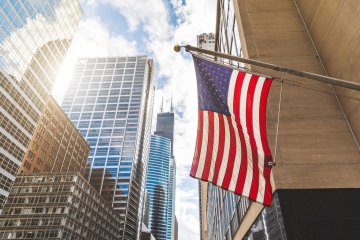 Two parallel lawsuits have been filed by LGBTQ immigrant rights group Immigration Equality on behalf of a pair of binational same-sex couples who allege the United States wrongly denied their children citizenship.

The lawsuits test an evolving, controversial area of law and are potentially ground-breaking. Until recently, the United States did not recognize same-sex marriages. Massachusetts became the first state to allow same-sex marriage in 2003 but The Defense of Marriage Act (DOMA) operated until recently to prohibit married same-sex couples from deriving any federal benefits like conferring immigration status. In 2013, the Supreme Court ruled that parts of DOMA were unconstitutional. Married same-sex couples living in states that allowed same-sex marriage had to be given the same federal benefits and protections as heterosexual couples. In 2015, DOMA was overruled in the U.S. Supreme Court decision Obergefell v. Hodges.

Both couples in the recent lawsuits had already left the United States in order to get married before DOMA was overruled – Allison and Stefania moved to London before 2013. Andrew and Elad had built a life in Canada together. All of their children were born abroad. The parents were both named on each of their birth certificates, meaning the children legally share the same parents.

United States legislation and its interpretations continue to carry reminders of the recent past. The Immigration and Nationality Act provides that children born abroad to at least one U.S. parent are given citizenship. The State Department, however, continues to interpret the meaning of “child” in this provision as “biological child.” In the State Department’s Foreign Affairs Manual, consular officers must ask for evidence of a biological relationship if there is a suspicion that both parents do not share this with the child, including in cases of surrogacy. This guideline flags every same-sex couple. “If we had walked into the embassy that day and we had been a straight couple they never would have asked us to give proof,” Allison said to NPR. "They never would have asked us whose eggs were they.” Andrew and Elad were forced to present DNA tests to the government despite the fact that they had not initially planned on publicly revealing which son was genetically related to which parent. Their son Ethan has been living on a – now expired – tourist visa since they moved to Los Angeles.

The lawsuit claims that the State Department is wrongly citing a rule that is meant to require unwed fathers to prove a biological relationship. Couples who can provide marriage certificates do not generally have this burden of proof. “The state department is treating same-sex couples as if they were not married, and they are disenfranchising their children,” says Aaron Morris, executive director of Immigration Equality. “No governmental purpose could justify imposing these indignities on a child of a valid marriage or restricting a family’s freedom to live as a family—together.”

Digitising divorce applications could save thousands of hours of court time
This site uses cookies. Find out more. Continued use of this site is deemed as consent.   CLOSE ✖