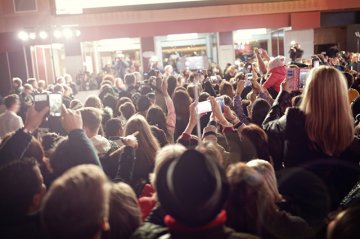 Ms Johansson and Mr Dauriac began a relationship in 2012 and married shortly after the birth of their daughter, now aged three, in 2014. Earlier this year, however, the actress confirmed that her she and her husband had separated in the summer of 2016. The report alleges that following the split the pair came to an informal co-parenting arrangement, whereby the child would spend alternating weeks with each parent. However, Page Six claims it has learned that Ms Johansson is "gearing up for a nasty custody battle", having decided to seek primary custody of her daughter.

Mr Dauriac’s attorney, Harold Mayerson has indicated that his client opposes this plan:

"He would like to move to France with his daughter and Ms Johansson does a lot of traveling...It will be an interesting process."

Child custody arrangements can certainly be more complex when one or more parent is in a profession that requires them to travel often. If parents are unable to reach an agreement, under New York family law, child custody is arranged on the basis of the child’s best interests. The court examine a number of factors to determine this, including which parent has been the main care giver, their respective parenting skills and each parent’s work schedule and childcare plan. Let’s hope that Ms Johansson and Mr Dauriac are able to resolve whatever child custody disputes they may be facing fairly and in a timely manner, with the well-being of their child kept at the heart of all proceedings.

Baroness Deech: current law on spousal maintenance "an impediment to equality"
This site uses cookies. Find out more. Continued use of this site is deemed as consent.   CLOSE ✖