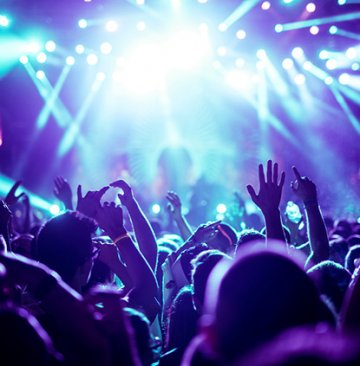 Melanie Brown, best known as Scary Spice from the iconic British girl band Spice Girls, has filed for divorce from film producer Stephen Belafonte. After nearly ten years of marriage, Mel B, 41, cited ‘irreconcilable differences’ in her divorce petition, with the separation dated 28th December 2016. Mel B and Stephen Belafonte married in Las Vegas in June 2007 after a five-month romance. Together they have a five-year-old daughter, Madison. Mel B also has a nine-year old daughter Angel from her brief affair with Eddie Murphey, and another daughter, Phoenix, from her first marriage to dancer Jimmy Gulzar, who is now eighteen. Belafonte also has a daughter, Giselle, from a previous partnership.

The Daily Mail reports that Mel B is instructing the top family lawyer Susan Wiesner for her divorce, whose previous clients include Bon Jovi’s guitarist Richie Sambora, Ben Harper and Lara Embry. Mel B has asked for joint legal and physical custody of Madison and has requested that the judge denies Belafonte spousal support.

The relationship between Mel B and Stephen Belafonte has never run smoothly. After ostentatiously renewing their wedding vows in Egypt in 2008, rumours of rows and violence continued to cloud their marriage. Suspicion was stoked in 2014 when Mel B appeared on X Factor UK with bruises on her face and arms, but Belafonte vehemently denied any abuse. However, he had previously failed to contest a charge of domestic violence when he was accused of beating his long-term partner Nicole in a drunken fit in 2003. When this story emerged, Mel B in fact jumped to defend Belafonte. In January this year, Belafonte was spotted with his arm wrapped around a woman’s waist in a restaurant in Manhattan before driving off together. Strangely, the divorce comes only six weeks after Mel B tweeted a photo of the pair looking thoroughly loved-up with the confession:

My baby boo @stephenthinks11 we have been through everything that would normally tear couples apart and we have come out on the other side stronger, you loved me before I even new how to really love myself, you are my world honey and let’s not forget you are a bit of a d***head too xxxx < Although, according to The Sun, Mel B commented in an interview last year “I’ve already had one failed marriage so I definitely don’t want to have another one”, this story is proof of the unpredictability of marriage. Despite all the turbulence witnessed and alleged throughout the marriage, the fact that Mel B is still citing ‘irreconcilable differences’ in the US courts marks a stark contrast to the UK system. Here, until no-fault divorce is legislated, couples who may have had relatively peaceable partnerships are forced to find some ‘unreasonable behaviour’ to be able to secure a divorce.

Chinese villagers divorce en masse to take advantage of government compensation loophole
This site uses cookies. Find out more. Continued use of this site is deemed as consent.   CLOSE ✖