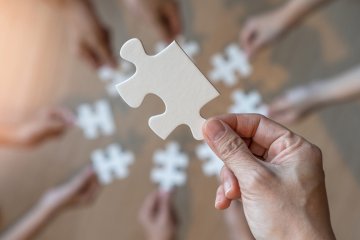 In New York’s Suffolk County, Supreme Court Judge H. Patrick Leis III granted three adults who were formerly engaged in a polyamorous relationship "tri-custody" of their 10-year-old son. The landmark ruling is the first time in the state that a judge has granted joint-custody to three parents for one child.

By way of background, the parties to the case are a former Long Island couple, Dawn and Michael Marano, and their former neighbour, Audria Garcia. Mr and Ms Marano tied the knot in 1994 and enjoyed a "conventional marriage", the New York Post reports, until they befriended their downstairs neighbour, Ms Garcia, in 2001. The trio began to "engage in intimate relations", and Ms Garcia subsequently began living in the Maranos’ apartment.

According to court papers, Ms Marano was infertile, prompting to some degree Mr Marano and Ms Garcia’s decision to have a child together. In his ruling, Judge Leis states "it was agreed, before a child was conceived, that would all raise the child together as parents".

The biological parents of the boy eventually settled on joint custody. However, Ms Marano, as neither the biological nor adoptive parent of the child, by default had no legal rights or responsibilities to him. Fearing that "without court-ordered visitation and shared custody, her ability to remain in life would be solely dependent upon obtaining the consent of either Audria or ,” Ms Marano filed a suit for custody rights.

Mr Marano opposed his former wife’s suit and the case went to trial, where Judge Leis granted Ms Marano shared custody rights. In doing so, the judge cited the case of Brooke S.B v Elizabeth A. C. C. (2016 NY Slip Op 05903), whereby the court ruled that "a caretaker who is not related to, or the adoptive guardian of, a child could still be permitted to ask for custody and visitation rights." Judge Leis called tri-custody a “logical evolution” of that decision, and highlighted the fact that the child himself viewed both Ms Marano and Ms Garcia as his mothers.

Under New York custody law, the family courts prioritise the best interests of the child and, as Judge Leis concluded, this child’s “best interests cry out for an assurance that he will be allowed a continued relationship with plaintiff." He therefore granted Ms Marano Wednesday nights with the boy, as well as one week of holiday time during the school year and two weeks in the summer. Ms Garcia has residential custody of the child, while he spends weekends with his father.

Other US jurisdictions have seen cases similar to that of the Maranos and Ms Garcia. Last year, a New Jersey court ruled that a father%27s same-sex spouse was his daughter%27s "psychological parent" and accordingly awarded the partner and the girl%27s biological parents tri-custody. In 2013, California passed Senate Bill No. 274, which allowed children to have three or more legal parents.

Such decisions reflect social change, acknowledging the intricacies of modern family life. Growing societal acceptance of divorce, same-sex relationships and alternative methods of parenting, alongside advancements in reproductive technology have given rise to an increase in instances where caregivers with no biological relationship to a child are nevertheless an integral part of said child’s life. Though few US jurisdictions recognise three parent families in statute, it is encouraging that the courts are beginning to appreciate the weight of these relationships, and ensuring that these can be legally protected.

Energy trader challenges divorce settlement which gave her husband £2.7m
This site uses cookies. Find out more. Continued use of this site is deemed as consent.   CLOSE ✖