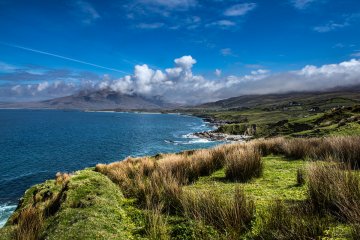 After racking up legal costs amounting to £800,000, an estranged married couple have finally put to bed their dispute over a jointly-owned house in Ireland’s County Galway. Michael and Margie Hanley, whose assets total between £10 million and £14 million, separated after 33 years of marriage, with the husband alleging that the relationship soured after his wife had an affair, a claim Ms Hanley denies.

Mr Justice Holman, in the Family Division of the High Court in London, heard over the course of two days how both Mr and Ms Hanley wanted to keep their holiday home, located in the remote village Cornamona. The judge described their legal bills as "phenomenal" but suggestions that the pair continue to share the property, using it at different times of the year, were roundly rejected the wife.

"The village isn’t big enough for the both of us", Ms Hanley reportedly told the High Court, going on to emphasise her familial ties to the region:

Yet Mr Hanley also indicated that he was disinclined to let go of the property. Refuting accusations from his wife that he didn’t genuinely want to keep the house, and was merely prolonging the battle to "punish" her, he described the rural views as "spectacular".

However, on Wednesday the court heard that the former couple had come to agreement as to the fate of the property—Ms Hanley would become its sole owner. Holman J welcomed this news, announcing he was "very, very glad" that the matter had been resolved, despite lamenting the fact "it could not have been sooner and some of the massive costs saved". He went on to express his sympathy for the couple’s marital breakdown and wished them luck for the future:

"It has been very painful for me to listen to what really is a very sad story because for so long you together achieved so much and I am sorry it has ended in the way it has. But in all events you are on the threshold of new lives and I wish all possible happiness in those new lives."

It is certainly heartening to see instances where those in the process of divorce are able to resolve their disputes on their own terms, without recourse to a court order. Although, in this case, substantial costs had already been accrued, these could have swelled further yet if both parties had stood their ground.

John Oxley returns to BBC Radio 5 live to discuss changes to the treatment of domestic violence victims in the family courts
This site uses cookies. Find out more. Continued use of this site is deemed as consent.   CLOSE ✖