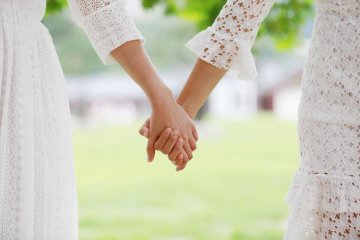 In what has been described as a "landmark court ruling", a judge in South Carolina’s York County found that a woman and her female ex-partner had a common law marriage under state law. The Herald reports that Ms Debra Parks had been in a same-sex relationship for almost four decades, before separating from her partner last year. After the relationship broke down, Ms Parks filed a lawsuit for her union to be considered a common law marriage under South Carolina law.

As Vardags has often taken pains to convey, there is no such thing as a common law spouse in England and Wales. South Carolina, however, is one of a handful of US states that continues to recognise common law marriage.

In determining whether a romantic relationship should be defined as a common law marriage, the courts examine the circumstances of that relationship, including cohabitation, the filing of joint tax-returns and evidence that the couple self-identified as spouses. Predictably, the question of whether a couple are common law married is most often raised in the context of relationship breakdown, where disputes as to the division of shared property arise.

Such was the case of Ms Parks, who seeks a division of property, as well as spousal support from her ex-partner. The suit was contested by the former partner, unnamed in The Herald report, who argued that she did not consider the relationship to be marital in nature, and had never asked Ms Parks to be her wife.

Gay marriage was not legal in South Carolina until the groundbreaking Supreme Court Ruling in Obergefell v. Hodges (2015), which declared the ban on same-sex marriage unconstitutional, guaranteeing equal marriage rights throughout the United States. Therefore, for the majority of their relationship, Ms Parks and her partner were unable to marry in their home state.

For same-sex couples, this latest ruling means that their long-term relationships may be recognised as marital in nature retroactively, from the date they satisfied the circumstantial requirements of common law marriage.

For Ms Parks, this meant that she had been married in common law since 1987, when she divorced her former husband. She and her female partner were already cohabiting at this stage, having become a couple in 1977. According to witness testimony from Ms Parks’ family, the pair behaved "just like any married couple" and were monogamous, though presiding Family Court Judge Thomas White’s order indicates that their relationship was for many years "shielded", due to the social climate at the time.

“Non-acceptance of homosexuality and same-sex relationships was the prevailing environment and atmosphere of the community at large during the majority of the parties’ cohabitation."

Nevertheless he determined that, in this case, the pair engaged in a relationship akin to a marriage. They are listed as joint-owners of their home, had joint bank accounts and referred to one another on tax returns. The divisions of assets will be determined in a separate hearing, after which Ms Parks’ ex-partner may attempt to appeal the ruling if she wishes.

Judge White’s ruling sets a precedent for unmarried same-sex couples across the state:

“Quoting William Shakespeare, ‘A rose by any other name would smell as sweet...The law established by the U.S. Supreme Court in Obergefell...should be applied retroactively in South Carolina.”

People who are not married, but live together as if husband and wife. In England and Wales, such people have none of the legal rights of marriage.
“Ayesha Vardag - Britain’s top divorce lawyer.”

Former couple settle 'titanic' divorce battle over holiday home
This site uses cookies. Find out more. Continued use of this site is deemed as consent.   CLOSE ✖