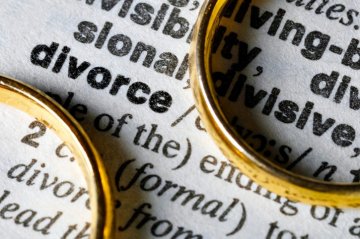 A millionaire energy trader is fighting to overturn a 2015 divorce ruling which resulted in her ex-husband being awarded a sizable chunk of their £7 million fortune. Ms Julie Sharp sought a divorce in 2013 after it emerged that her husband, Mr Robin Sharp, “had been pursuing a new relationship for some time”.

The couple were married for four years and had no children. Ms Sharp had received £10.5 million in bonuses over the course of five years working as a coal trader, with Mr Sharp working as an IT consultant before taking voluntary redundancy. The court heard that almost all of the couple’s wealth originated from the wife, yet in November 2015 High Court judge Sir Peter Singer awarded Mr Sharp £2.74 million on a "clean break" basis, which amounted to a 50/50 division of the marital pot once the wealth that the wife had built up prior to the marriage had been taken out of the equation.

Now, in the Court of Appeal, Ms Sharp is claiming that her husband should receive £1.2 million, as a needs-based settlement. Acting on behalf of the wife, Frank Feehan QC deemed Sir Peter’s approach "intrinsically unfair", arguing that "because this was a short marriage should not get half of the matrimonial pot".

Since the landmark case of White v White, the contributions of homemakers have been viewed as of equal importance to those of breadwinners in the family courts. In cases where matrimonial assets outstrip the parties%27 reasonable needs and both spouses have, as Lord Nicholls puts it in the White v White judgment, “in their different spheres, each contributed equally to the family...there should be no bias in favour of the money-earner and against the home-maker". The law therefore takes a starting point of a 50/50 division of the assets built up during the marriage, though this can be departed from.

With Ms Sharp drawing attention to the brevity of the marriage, alongside the fact that it produced no children, it is questionable whether Mr and Ms Sharp’s contributions could be viewed as equal.

Yet while Ms Sharp’s representation asserts that couple kept their finances largely separate during their marriage, Jonathan Southgate QC, for the husband, stressed that Mr Sharp did make a material contribution to the marriage, with couple allegedly having “agreed he should take redundancy and stay at home, redeveloping their home and supporting their joint life together”. During the marriage, renovation work was carried out on two Gloucestershire properties, one of which came with a £2 million price tag and cost £500,000 to refurbish.

It is not unusual for cases in which the non-earning spouse is awarded a generous portion of the matrimonial assets to garner considerable media attention and, at times, provoke outrage. In many instances, though, a closer look at the fine details of the case and a re-examination of cultural bias against the homemaker, reveal that such awards are indeed a reflection of a marriage based upon an equal partnership.

Lords Justice McFarlane, McCombe and Richards have reserved judgment on the appeal.

Where the parties have more than enough assets to meet their needs, the court will consider how those assets should be shared.
“Ayesha Vardag - Britain’s top divorce lawyer.”

An Uber disaster: man sues for €45m, blaming app glitch for his divorce
This site uses cookies. Find out more. Continued use of this site is deemed as consent.   CLOSE ✖