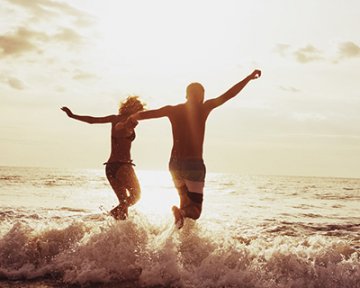 If social media is to be believed, feminism is something that many more young people are engaging with than they were even ten years ago. Whether or not they identify as feminists, most millennials seem to have an opinion on it one way or another. And, it seems, it colours their opinion of marriage.

“The whole ‘who brings this woman to be given to this man?’ thing is just gross,” says Laura, 29. “I don’t think you can divorce marriage from its sexist history. As much as I’d like it to be about love, it feels more like a transaction than anything else.”

Alice, 24, has a slightly different perspective. “Marriage is what you make it. I think you can definitely have a feminist marriage, if that’s what you and your partner want. Weddings might have some unpleasant rhetoric, but it should be about love first and foremost.”

So what does the evidence say? Well, a 2012 study suggested that couples who share the housework are more likely to divorce. Not a very promising statistic for those hoping to split housework using gender equality as a basis. The study, however, does leave out some fairly crucial facts, such as the age and attitude of the couples surveyed. If they weren’t a housework-sharing couple before marriage, but became so later on, perhaps this shift displeased the party who originally had less to do. And, of course, we can’t ignore the role societal stereotypes play in informing us how we’re ‘supposed’ to function within a marriage, based on our gender.

A more recent survey drove one journalist to ask whether feminism is destroying the institution of marriage, citing the fact that women are now the ones more likely to seek a divorce. Their rationale is often based on ‘male’ attitudes to housework and childcare.

While changing attitudes towards gender roles, and the preconceptions of gender itself, have certainly changed our view on marriage and how duties are divided, the basic fundamentals remain. As Alice observed, a marriage is a sum of its parts: so long as partners are on the same page, whether this concerns housework or their respective careers, their marriage will be built to last.

Alternative dispute resolution: arbitration
This site uses cookies. Find out more. Continued use of this site is deemed as consent.   CLOSE ✖