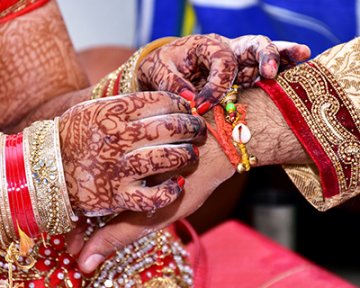 The matrimonial ad, posted last year by Padma Iyer in Mumbai’s Mid-Day, began like many others. In India, age, status and caste are frequent concerns for mothers who hope to find their children a good match. Arranged marriage is still common here (though certainly less so than among previous generations) but Iyer’s ad was a first in that it aimed to set up a pair of grooms.

As the mother of Indian gay rights campaigner Harish, Padma wanted to replicate heterosexual marriage searches as a comment on the role of marriage Indian culture.

“What Padma did for Harish was revolutionary because it countered the alienness of LGBT lives in the public imagination with something very familiar: a mother’s search for happiness for her son through an arranged marriage,” said Parmesh Shahani, the author of Gay Bombay: Globalization, Love and (Be)Longing in Contemporary India.

While Iyer seemed to have found a way to unite the progressive with the traditional, many Indians are unwilling to accept the prospect of same-sex unions. Harish and his mother received thousands of negative responses after publishing the ad and, as The Telegraph reports, many newspapers refused to run it in the first place due to legal concerns. Homosexuality is illegal in India though it is increasingly accepted among the upper middle class in urban centres.

Curiously, not all of those who opposed the article took issue with homosexuality. Many readers from abroad were all for arranged gay marriage, yet baulked at the ad’s mention of a preferred caste, according to Out Magazine.

This reaction prompts the question: would gay arranged marriage help homosexuality integrate into Indian society, or would it stifle progress by forcing a new type of partnership into an antiquated mould?

Only time will tell. For now, at least, Harish has a few dates from his mother’s turn at playing cupid.

Tenants in common and orders for sale
This site uses cookies. Find out more. Continued use of this site is deemed as consent.   CLOSE ✖