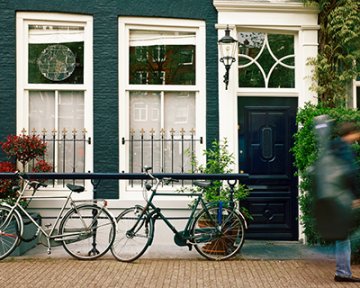 Can I evict them from the home? No. You cannot just kick the other owner out of the house. An application would need to be made to the court for an ‘order for sale’.

How do I apply for an ‘order for sale’? The application needs to be made under s14 of TOLATA, on the basis that you have an interest in the property. It is most common for people wanting an order for sale to look to s14(2)(a) of TOLATA and ask the court to make an order ‘relating to the exercise by the trustees of any of their functions’.

What will the court consider? In deciding whether or not to issue the order for sale, the court will consider the (non-exhaustive) list of factors set out at s15(1) of TOLATA. These include:

There is little case law on this, but the court is likely to look at a number of factors, including the subsisting purpose of the property; any assurances made between the parties at the time the trust was created; and what the majority wants. If there are children in the property, then the Court may postpone an order for sale until the children have reached the age of 18, or left full time education.

How do I make the application? Anyone considering making an application under TOLATA should take advice from solicitors. You should be open to negotiating with the other owner before issuing court proceedings. In either event, what is known as a ‘pre-action protocol’ letter will need to be sent to the other owner. It is important to build a comprehensive and solid case from the outset, as you will need to set out the documentation on which you intend to rely from the very first letter you send.

What are the risks? For anyone concerned with privacy, you should be aware that the starting point for applications under TOLATA is that the application is heard in public, and the press are therefore free to report on proceedings. The court will only move away from this starting point if there is a good reason to derogate from the starting rule, which will involve a highly fact-specific balancing act between the competing rights and claims.

Costs are also a real risk in TOLATA applications. Unlike in family financial remedy cases, where the starting point is ‘no order as to costs’, anyone making an application under TOLATA should be prepared for a hefty costs bill. In the event that your application is unsuccessful, you may end up walking away with both your costs and the other owner’s costs.

Long term partner wins half of home she shared with married man
This site uses cookies. Find out more. Continued use of this site is deemed as consent.   CLOSE ✖