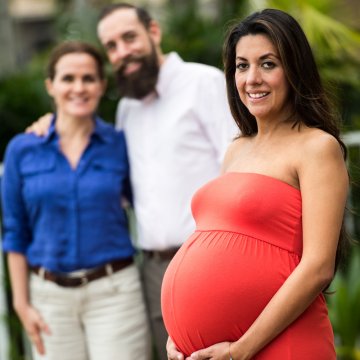 Last week in London, a surrogate mother turned to the family court after a couple provided her with incorrect information about the foetus she was carrying.

The surrogate was under the impression that the foetus’s biological father was the mother’s husband; in fact, the father was the wife’s new partner. The married couple had split without informing their surrogate.

The surrogate did not learn who the father was until two months before her due date.

The husband had initially provided sperm after making an agreement with the surrogate. Following the agreement, the married couple split and the wife’s new partner supplied sperm for the next attempt at fertilisation.

The wife claimed that a solicitor assured her that the surrogate mother did not need to be informed of the paternity change, according to Daily Mail. She stated that she later felt uncomfortable about giving the surrogate ‘inaccurate information’.

High Court judge Mrs Justice Theis heard the case and granted parental rights to the genetic parents, with the surrogate’s consent. Nevertheless, she voiced her concern, calling the issue an example of problems that may stem from surrogacy arrangements.

This is certainly not the first difficulty to arise from the murky waters of surrogacy. Last year in the United States, two surrogates unexpectedly carrying triplets were pressured to abort one foetus by the biological parents.

Both surrogates, Melissa Cook and Brittneyrose Torres, refused to abort for moral reasons. Torres offered to adopt one of the three children she was carrying in lieu of abortion, but the parents refused. In both cases, the biological parents ‘claimed a provision in their contract gave them the right to order an abortion’, as told by the New York Post.

These cases are further complicated by the practice of commercial surrogacy, which is permitted in the US. The surrogates were to be paid between $30,000 and $33,000 (£21,000-£23,000) for their pregnancy. In both cases, the biological parents suspended some payments when the surrogates refused to abort.

While far from morally or legally straightforward, these cases shed new light on the commercial surrogacy debate.

In the UK, where women may only engage in surrogacy as an act of goodwill, prospective parents are ultimately at the mercy of a prospective surrogate’s judgement. It seems likely that the mother hid the identity of the biological father because she feared that her surrogate would not agree to carry the child of a relatively new, unmarried couple.

Where commercial surrogacy is permitted, however, we must consider what exactly should be available for sale. Both Cook and Torres were asked to have abortions they did not believe in, and both were threatened with financial losses should they fail to comply.

These examples do little to settle the commercial surrogacy debate, but they certainly show that there are unexpected eventualities that should be discussed before engaging in any surrogacy arrangement.

Cuts to legal aid and the impact on domestic violence victims
This site uses cookies. Find out more. Continued use of this site is deemed as consent.   CLOSE ✖