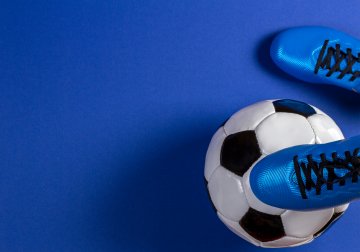 The wife of England footballer, Jamie Vardy, has ended a yearlong dispute with her ex-boyfriend over his alleged attempts to avoid paying child support. This has once again shone a light on the short-comings of the current child support system, CMS, and how it is open to abuse.

Rebekah Vardy, 35, claimed that her non-league footballer ex Luke Foster had stopped making payments to their eight-year-old son. Foster, who last played football for Ilkeston and Coalville Town, before taking up a management position at Oldham Athletic, has since been ordered to pay child maintenance support. The ex-footballer, who was said to have asked to be “cut some slack”, has now been told he is required to pay approximately £250 a month by the Child Support Agency.

Rebekah (nee Nicholson) and Leicester City player Jamie Vardy met in January 2014. They married in May 2016 after the birth of their first child, then went on to have another together. In addition to her two children with Jamie, Rebekah has two children from previous relationships and Jamie, too, has a daughter from his ex-girlfriend.

Mrs Vardy’s case is symptomatic of a larger problem: far too many parents, most often fathers, believe they can abdicate from their responsibilities and not contribute to raising their children financially.

New applications for child support matters are now handled by the Child Maintenance Service. CMS was introduced to help assuage fears that the old more cumbersome Child Support Agency (CSA) would be improved upon and allow for smoother administration and greater fairness when ensuring that levels of payments distributed were accurate.

Despite its ambitions, the CSA has failed to institutionalise widespread change in correcting the current imbalance. Gingerbread, a national charity focusing on supporting single parents, branded the CSA’s efforts "disastrous" when it came to the collection of unpaid child maintenance payments in a 2016 report. Furthermore, this report estimated that around £4 billion in outstanding arrears were owed in unpaid maintenance to the new CMS.

This fact is somewhat compounded by estimates issued by the Department of Work and Pensions, who last year estimated that approximately only £366 million is ever to likely be recovered. Mrs Vardy’s case has once again bought these matters back into focus as many individuals still clearly believe it to be optional, opposed to obligatory, to pay child maintenance.

The regulatory loopholes that are evident through the CMS framework has left a system that can simply be manipulated by wealthy parents. In her recent article, Vardags director Emma Gill explained how high net worth individuals have been able to exploit their income in such away to take advantage of the rigid structure implemented by the CMS. The inflexible thresholds and definitions put into place by the CMS fail to adequately comprehend more complex financial structures. In turn, this has allowed certain parents to evade their financial responsibilities. Emma argued, “in the pursuit of simplicity the real focus of the CMS has been lost”.

The article can be read in full in September’s edition of leading legal journal Family Law. Subscribers can access a digital version of the article here.

What is blockchain and how will it impact the legal world?
This site uses cookies. Find out more. Continued use of this site is deemed as consent.   CLOSE ✖