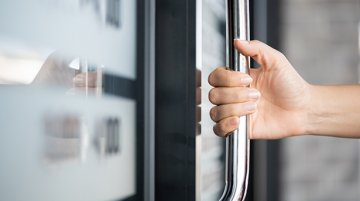 Mr Justice Holman told the court last month on 22 September, in A Local Authority and AT and FE that the High Court is not the appropriate resource for making secure accommodation orders. He expressed his concern regarding the lack of approved secure accommodation placements available to local authorities, meaning that the High Court is increasingly being asked to exercise its inherent jurisdiction in this area. As a result, there is a risk that the safeguards offered by the statutory provision may be overlooked or bypassed.

This particular hearing concerned a 13-year-old boy who became subject of a full care order in December 2015. Over the course of the past couple of years the “child has displayed a desperate history and catalogue of very seriously uncontrolled behaviour, damaging both to himself and to others”, leading each of the six different residential settings in which he had been placed since the order was made, to break down.

Where ordinary residential settings no longer sufficiently protect the child from hurting himself or others, the local authority may apply for a secure accommodation under Section 25 of the Children Act 1989 (the ‘Children Act’). For a child currently the subject of a care order and being ‘looked after” by the court, Section 20 of the Children Act does not permit the restriction of the liberty of that child unless the requirements set out under Section 25 are met.

(a) (i) the child has a history of absconding and is likely to abscond from any other description of accommodation; and

(ii) if he absconds, he is likely to suffer significant harm; or

(b) that if he is kept in any other description of accommodation he is likely to injure himself or other persons.

The court will grant an order to the local authority to place the child in secure accommodation for a specified maximum period only if it is satisfied that those requirements exist.

This statutory instrument is in place to ensure the safety of the child and a Section 25 order for secure accommodation is a very serious one, touching upon the right to liberty and security under Article 5 of the Human Rights Act 1998 (the ‘Human Rights Act’). This deprivation of liberty is allowed by the Human Rights Act under Section 5(1)(d) which allows for the “detention of a minor by lawful order for the purpose of educational supervision or his lawful detention for the purpose of bringing him before the competent legal authority”. As such, a secure accommodation order should only really be made where there is no alternative.

Mr Justice Holman highlighted the problems such orders are creating in the Royal Courts of Justice, having seen six similar cases that week, with another two listed that day. During his brief judgement at this hearing, he criticised the circumstances which brought the case to the High Court. He suggests that resorting to the High Court, where statutory provisions should be available, was perhaps a way in which local authorities could bypass the safeguard under the regulations of approval by the Secretary of State of establishments used as secure accommodation. This presents a “grave risk” that “some of the most damaged and vulnerable children” are being denied the safeguard of approval, he stated.

Perhaps most concerning in this case was the issue of legal representation of the child. Under Section 25(6) the court cannot consider making a secure accommodation order if a child is not legally represented in court, unless the child decides not to apply for legal representation. Mr Justice Holman criticised the judge at the initial hearing which took three months earlier on 22 June, for exercising the inherent jurisdiction of the High Court to deprive the child of his liberty without any guardian being appointed to act on his behalf. The order made at that hearing allowed for the deprivation of liberty of the child until 22 September when a “review” would take place and where the representation of the child would be considered.

The judge argued that while this was not a Section 25 application for secure accommodation, given that the only reason this order was not being applied for was the lack of available secure accommodation placements, the statutory safeguards entrenched in Section 25 should not be ignored. He ordered for the child to be made party to the proceedings and for Cafcass to allocate a guardian to act on his behalf going forward. Mr Justice Holman stated that, unless potentially damaging to the child:

“It is very important that ordinarily in these situations, which in plain language involve a child being ’locked up’, the child concerned should, if he wishes, have an opportunity to attend a court hearing.”

Property billionaire claims fake marriage to protect fortune
This site uses cookies. Find out more. Continued use of this site is deemed as consent.   CLOSE ✖