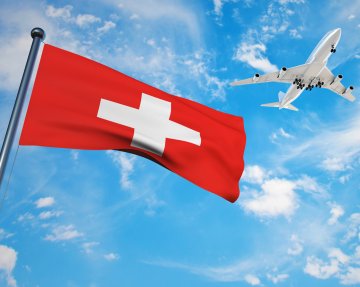 Mr Justice Peter Jackson, sitting in the Royal Courts of Justice in September, granted a father’s application to relocate his two teenage children from the UK to Switzerland.

The judgment was handed down following multiple appearances by the family in court, where the cost of proceedings amounted to just under £1 million. The application was made by the father in April this year and was opposed by the mother, with whom the children currently live.

The boys, aged 15 and 13, are Russian with Cypriot citizenship. Having spent the majority of their childhood in Cyprus, the children moved to the UK in 2014 with their mother, following the breakdown of their parents’ marriage. The boys were enrolled in private schools and have lived in the UK since, with regular access to their father and his full consent and financial support. Although not included in the relocation application, it should be noted that the parties are also parents to an 18-year-old who currently lives in Moscow with his girlfriend, following a previous breakdown of relations with the mother.

Context of the application

Mr Justice Jackson noted that problems arose within the family when the father began a relationship with N, who had been the mother’s employee while the parties were together. In 2015, the father had a child with N, and they set up home in Switzerland the following year.

The father initially kept this relationship and baby hidden from the mother and sons, citing his desire to maintain "a calm atmosphere". The father told his sons about the existence of their half-brother in mid-2016, with the mother only finding out about the new relationship and child through her lawyers in December of the same year.

In February 2017, the father took the children to see a Swiss school without their mother’s knowledge. Mr Justice Jackson commented that the father had "betrayed the mother’s trust in him as a parent" and noted that this impacted on the manner in which proceedings subsequently unfolded.

The court heard that the boys were unhappy with their lives in the UK and requested to live with the father, becoming increasingly difficult with their mother in the process. The mother argued that the father had deliberately incited their desire to move but Justice Jackson held that this wish came from the boys alone. That said, the judge acknowledged that the father, who hired the children legal representation on the matter, had not helped to ease tensions. The father claimed that, following a meeting between himself and the mother in September 2016, the mother had agreed to a move for the children. This argument was dismissed by Justice Jackson due to a lack of evidence of any such discussion occurring.

The court received two expert accounts on the matter. The first came from Dr Hans Martin Allemann, who advised that any order made during the hearing could be enforced in Switzerland under the 1996 Hague Convention. A second account was provided by Ms Helena Ware, an independent social worker who stated that "given the strength of the boys’ feelings and wish to live with their father," she believed there was "no alternative but to agree with his application". To refuse the application would, in her view, likely cause further deterioration of the relationship between mother and sons, whereas allowing it was more likely to facilitate its recovery.

Due to their age and understanding, the court acknowledged the importance of the children’s own views in regards to their welfare. Justice Jackson noted that their wishes were to be taken into account, regardless of whether these could be deemed "unwise".

Weighing up the level of disruption the move would cause, the judge assessed the possible impact of a change in primary care giver, reduction of contact with the mother, and the upheaval to the children’s education. Justice Jackson ultimately concluded that the children "live in a bubble of wealth that can be recreated anywhere" and that a relocation would be "no more a move from one feather bed to another." The children are accustomed to international travel and the the Swiss educational experience is, at the very least, "unlikely to be worse" than their current one.

Justice Jackson concluded that, for the boys to do well, they "need to return to a normal emotional atmosphere", the importance of which he placed above any other needs.

He was keen to voice both his sympathy for the mother and his concern that her relationship with the children "not be damaged beyond repair". However, Justice Jackson stressed that the "headstrong" children would continue "wrecking the relationship" with their mother if the application were not granted. He poignantly reminded the courtroom that whilst "the father had succeeded in the narrow sense that his application has been granted. In this case, frankly I do not think anybody has succeeded".

For the full judgment and breakdown of costs awarded to the mother, please click here.

If you would like to read more about international child relocation, you can find further information here.

25 US states considered laws promoting co-parenting after divorce in 2017
This site uses cookies. Find out more. Continued use of this site is deemed as consent.   CLOSE ✖