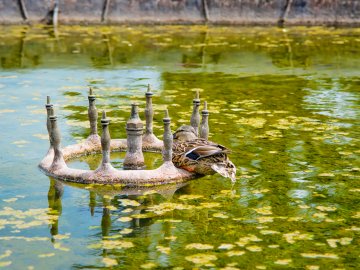 The eldest child of the late Robin Neville, the 10th Baron Braybrook will not inherit her father’s title or estate due to the laws of succession and a centuries old will. Lord Braybrook passed away at the age of 88 last week, leaving behind seven daughters, none of whom will stand to inherit the 17th century family seat, Audley End in Essex. Instead, the 6,000 acre estate will pass to art historian Louise Newman, a distant relation of Lord Braybrook.

This is because the 7th Baron Braybrook, Henry Neville, laid down a special covenant in his will stipulating that if a holder of his title died without producing a male heir, the estate will return to his direct lineage. Henry Neville’s direct-line ancestors had held the title since the 1700s, but it transferred to another branch of the family tree after his son, the 8th Baron Braybrook was killed in active service in 1943, leaving no heirs.

As the granddaughter of the seventh Baron, Ms Newman duly inherits Audley End. The title of Baron Braybrook goes to Richard Ralph Neville, Robin Neville’s fourth cousin, determined by the principles of inheritance set out in the original grant of the peerage.

Ms Murray previously criticised the covenant that has prevented her from inheriting because of her gender, calling it "discriminatory":

"It boils down to this: if I were a boy, I would be sitting pretty...in this day and age, with supposed equality, why am I not allowed to inherit my father’s estate?"

Ms Murray received support this week from Lord Julian Fellowes of West Stafford, the creator of the wildly popular Downton Abbey. In a case of art imitating life, the Edwardian period drama’s first series sees Lady Mary Crawley, daughter of the Earl of Gratham, left reeling after her father’s estate passes to distant cousin Mathew Crawley thanks to male-only primogeniture.

“It seems rather hard on Amanda," Lord Fellowes told The Sunday Times. "She’s lived and worked all her adult life".

Though Jacobean mansion Audley End House was sold to the Ministry of Works, the precursor to English Heritage, in 1948, the house’s contents and much of its grounds remain part of the estate—the future of which is now out of Ms Murray’s control.

Yet despite his sympathy for Ms Murray’s plight, Lord Fellowes cautioned that changing the rules of the peerage would be no mean feat. While the Royal laws of succession were changed to gender-neutral primogeniture in 2013, ahead of the birth of Prince George, he argues that this reform would be altogether more disruptive:

“Simply making the peerage ... the equivalent of the Royal Family would create a great chaos for many families... whose sons have 30, 40, 50 years made the assumption of inheriting. One can’t just brush them aside".

Indeed, each peerage has its own rules, set down in the original grant which govern how the title will pass. A small minority of titles can therefore already be passed through and to female heirs.

While it seems there is no easy fix here, it’s a conundrum that currently affects a rather small minority of the English population—those with entailed land. The Administration of Estates Act 1925 abolished the law of primogeniture governing cases of intestacy, with the entire estate passing first to surviving spouses, except when it exceeds a value of £250,000. For these larger estates, the spouse will retain the first £250,000, but the children of the deceased will be entitled to half of everything left over. In the absence of a surviving married or civil partner, the children will inherit the estate in equal shares.

While it’s true that the rules of intestacy for non-landed folk appear more egalitarian, it is ultimately up to the individual to decide how their wealth would be most fairly distributed after they pass away. To ensure that these decisions are honoured, a well-prepared will is essential.

US man files for separation from his former teacher and rapist after 12 years of marriage
This site uses cookies. Find out more. Continued use of this site is deemed as consent.   CLOSE ✖