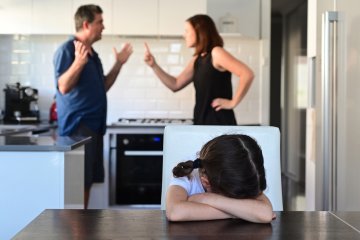 A family court in Melbourne will allow a 53-year-old man to examine part of his parents’ divorce file, after he argued that the "toxic" family life resulting from the marital breakdown continues to have an adverse effect on his mental health.

The Australian reports that the man, identified only as %27Mr Carter%27 in court documents, told Judge Sharon Johns that he wanted "to do an autopsy” on his family history “to gain a better understanding as to the ­decisions" his parents made following their split. Mr Carter’s parents divorced in 1977, when Mr Carter was a minor. The child initially lived with his mother but was sent to live with his father in 1979, where he remained for two years before being placed in the care of family friends.

Mr Carter claims that he had “no understanding of why those ­arrangements were made”, taking particular issue with the fact that he was separated from his three siblings, who remained with his mother.

In his application for access to the file, Mr Carter stated that gaining a deeper understanding of his childhood could form part of his treatment for mental illness.

However, Justice Johns only permitted Mr Carter partial access to the court records, citing concerns that unlimited access could “inflame and exacerbate the already difficult relationship that apparently exists between him and his family”.

Via letter, Mr Carter’s mother told the court that their relationship had broken down, her son having ­“returned a birthday card sent to him and all his family photographs” and “sent his siblings abusive emails”. While both parents originally declined their son’s request to view the file, they alleged that this was simply due to its lack of relevancy to Mr Carter’s troubled life, and did not take legal action to block their son’s request.

Justice Johns seemed to concur, stating that while she was “sympathetic to the applicant’s desire to know more of his family’s history and gain a deeper understanding as to how it came to be that he lived apart from his parents in his late teenage years”, she was sceptical as to whether the file would help with this, particularly as custody had not been a contentious issue in the case.

In addition to this, the court also took into account the rights of Mr Carter’s siblings to privacy, as the court records also contained information personal to them.

With all these considerations in mind, the judge ultimately gave Mr Carter permission to examine just part of the case file—the final parenting orders made by consent in 1977.

The policy of open justice is enshrined in the Australian Family Law Act 1975, section 97 of which contains the provision that all family court proceedings should be heard "in open court", with the aim of upholding transparency and accountability. Nonetheless, given the sensitive nature of family law proceedings, which often involve children, details of the case may be withheld to preserve anonymity.

When it comes to accessing court documents, section 24.13 of the Family Law Rules 2004 allow parties to view their own case file, while a "person with proper interest" in a case but is not party to it can also be granted permission. Mr Carter would fall into this latter category.

The difficulty in maintaining a balance between upholding commitments to transparency and respecting individuals’ safety concerns and right to privacy has of late been a common theme in cases involving children in various jurisdictions. Last month, a father from Norwich urged judges to make their rulings on his 10-year child contact dispute public, in order to expose what he perceives to be an unfair bias against fathers in the family courts.

Of course, there is difference between a person of proper interest viewing a case file, and a judgment being made available for a mass audience—the former tends to be for the benefit of the individual, while the latter may be in wider public interest. Both can prove valuable, but both circumstances may also pose risks for potentially vulnerable persons involved, making it crucial that judges exercise their discretion wisely when determining what details, if any, to redact. With these considerations satisfied, moves to make more judgments widely available, and the increased public understanding of the justice system that comes with it, can only be celebrated.

Mary J. Blige to pay husband $30k a month in spousal support
This site uses cookies. Find out more. Continued use of this site is deemed as consent.   CLOSE ✖