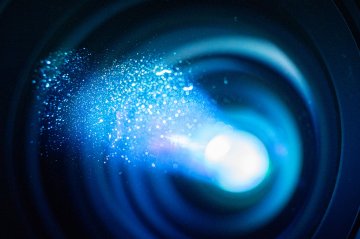 Billie Lourd, the daughter of Carrie Fisher, has been named sole beneficiary of the late Star Wars heroine’s estate. She is due to inherit Fisher’s personal and professional assets save for an extensive collection of memorabilia which will go on auction alongside items belonging to her grandmother, Debbie Reynolds.

Carrie Fisher died on 27th December 2016 following a heart attack on a plane from London to Los Angeles. A recently released autopsy found that the 60-year-old had cocaine, heroin and ecstasy in her blood at the time. Her mother, actress Debbie Reynolds, passed away the following day from a stroke aged 84. The two are buried together in Forest Lawn Hollywood Hills.

Billie Lourd, 24, is the only child from Fisher’s relationship with celebrity talent executive Bryan Lourd. Following in her mother and grandmother’s footsteps, she too has taken to acting and has featured in TV shows and films, including Star Wars: The Last Jedi.

After decades of fame, Carrie Fisher had built up enormous wealth. To help manage her finances, she had a living trust of which her daughter was a beneficiary. However, not all of her assets had been transferred to this trust by the time of her death. In February of this year, the trustee, Dennis King, petitioned in Los Angeles Superior Court to have all of Fisher’s assets declared part of the trust. He claimed that Fisher had thought that her previous attorney “had already taken care of funding her trust” and that it was clear that all her assets were intended to go to her daughter. Proving this successfully would avoid giving the court jurisdiction over Fisher’s finances which can often cause a nine-month delay and all the fees that come with probate.

It has now been decided that Billie Lourd will indeed inherit the entirety of her mother’s estate save various items placed for auction. The court papers do not state the individual or overall wealth of Fisher’s assets but she is estimated to be worth about $25 million. Lourd will now receive several bank accounts, 100 percent interest in both Carrie Fisher Properties LLC and Carrie Fisher Online LLC, a life insurance policy, rights of publicity related to use of her name and image, residuals from Fisher’s films and performances, and future rights to patents and trademarks. Aside from this, Lourd will also inherit her mother’s more personal items such as her jewellery, artwork and a 2016 Tesla Model S. Fisher and Reynolds’ Beverly Hills mansion, from which the profit from sale will go to Lourd, is worth approximately $18 million.

Over time, Fisher and Reynolds had also amassed a huge amount of memorabilia and collectables. To be able to share these with friends and fans, Fisher’s brother Todd and Profiles in History have organised an auction to be held on 23rd September. In total there will be around 1,500 items to be sold including Fisher’s life-sized Princess Leia statue in its original phone booth, her personalised director’s chair from Star Wars: Return of the Jedi and her personal writing desk. Todd Fisher’s statement on the auction website memorialises his mother and sister’s love for collecting:

“The size and scope of their collection rivals most museums. So in keeping with my mother’s wishes, we have decided to share part of their magnificent collection with all their friends and fans”.

A percentage of the profits from the auction will be given to The Thalians, a charity set up by Reynolds to help combat the stigma surrounding mental illness. Another share will be donated to a charity selected by Billie Lourd, The Jed Foundation, which helps to prevent suicide in teenagers and young adults. Lourd has previously said that she hoped her mother’s death would change the way that people perceive addiction and mental illness. With the decision to donate some of the auction’s profits, now Lourd herself can help tackle such issues by providing much-needed resources.

In this case, besides the brief court action in February, it was a relatively smooth process to decide who should inherit what assets. This is because, despite the complications of two family members dying in quick succession and the huge sums involved, as the only child and beneficiary of the trust, it was clear that Fisher’s fortune would be passed down to Lourd. Reflecting on the intricacies of inheritance in the world of the super rich, Head of Private Client at Vardags, Chris Hall, commented:

“Even with Jedi powers, it is impossible to predict the future so it is important to carry out regular reviews of your succession plan. The court will look to follow your intention, especially where there is such clear evidence as with only one child involved, but it’s best not to leave any room for doubt or the necessity of making a court application. Where there are competing interests, such as in the Bob Marley or Nelson Mandela Estate, leaving your plans incomplete can cause unnecessary stress and costs”.

The person who is able to receive income or capital from a trust.
“Ayesha Vardag - Britain’s top divorce lawyer.”

Statistics reveal data on same-sex divorce and dropping divorce rates in 2015
This site uses cookies. Find out more. Continued use of this site is deemed as consent.   CLOSE ✖