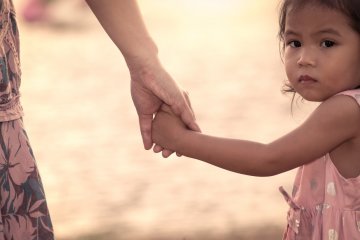 The UK charity Children and Families Across Borders (CFAB) have announced that they will be conducting an audit into best practice in inter-country children and family cases. The study will be funded by the Esmée Fairbairn Foundation which supplies grants to charities aiming to improve community life in the UK.

CFAB was established in 1955 as the UK branch of the International Social Service, which itself was founded in 1924 in response to the millions of refugees travelling across Europe after the First World War. Spanning 120 countries, it is the only charity in the UK which has an international social work team for children. This means CFAB has the unique facilities to stretch beyond the services of resource-starved local authorities to ensure the children’s welfare. Their cases include where a child is orphaned and they have relatives overseas, where a child has been trafficked or exploited or is travelling as an unaccompanied refugee.

In the globalised age of 2017, the challenges around migration between the UK and other countries are far more diverse than ever. There are more children passing between borders today than at any time since the Second World War. Currently in the UK, 13 percent of the population are born in foreign countries which means that it is increasingly common for families to be split over land and sea. Considering the differing laws and customs between all these countries, child protection has become a vastly complicated area both in terms of politics and regulation.

With this growing pressure on social services, CFAB have decided to lead research into cross-border children’s cases. The charity will look at 200 cases where vulnerable children travel across international borders and also where children in care are placed with families abroad. The intention is for this study to identify examples of best practice in social work cases which can then be shared and used to develop the services.

The first phase of the project will involve researching best practice and challenges in inter-country children and families cases. To get a full picture, CFAB is inviting local authorities and other agencies to contribute their own findings. Once the information is gathered, CFAB will analyse the data to lead advocacy initiatives to ameliorate policy and practice so that care systems are better suited to children’s long-term needs. CFAB ultimately intend to create a Working Group to improve collaboration between multiple agencies and to produce practical resources to train social workers and other agency professionals.

Once this audit has been finalised and conclusions have been drawn, the knowledge gained from the exercise will be invaluable in all cases involving international child relocation. It is common after a divorce for a parent to want to move with their child back to the country where they have family. Although it can be a potentially complex process requiring the consent of either the other person with parental responsibility or the court, many children move to and from the UK in this way. The paramount concern is always whether the move overseas is in the best interests of the child. In cases where a child has been abducted by a member of their family out of the UK, the Hague Convention will remain the leading authority on the children’s safe return. CFAB’s research will lend confidence to authorities helping to settle children overseas, whether they are fleeing from trauma or simply rejoining their family further afield.

Updates on the audit will be posted on the CFAB website.

The sun shines on Vardags Manchester's 1st anniversary party
This site uses cookies. Find out more. Continued use of this site is deemed as consent.   CLOSE ✖