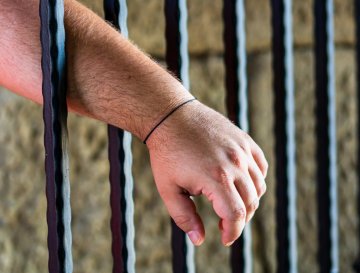 Tucked away in the church grounds of a quiet village in Romania, there is a small room known as the ‘marital prison’. It was here that couples on the brink of divorce were once sent to solve their problems by the local bishop. So effective was this method that records show that there has only been one divorce in the area for the past 300 years.

Biertan is one of Transylvania’s seven Saxon UNESCO World Heritage sites. The first documentary testimony about the village dates back to 1283, before it developed into a prominent market town in the 15th century. After the medieval period, the importance of the town declined and today it has a population of 1,600. The locals, many of them agricultural workers, still sell their wares on the cobbled streets as they did centuries ago.

The focal point of the village is a 15th century fortified church placed sturdily on the hilltop with walls that extend out into the surrounding countryside. Within the grounds is a diminutive building with a small and sparse room, now open to the public as a museum. Couples who approached the local bishop to seek a divorce would be sent here for a maximum of six weeks to iron out their issues. If the couple started to see eye to eye once more, they could leave after only two weeks. As the intention was for the couple to share absolutely everything, there is only one of every item, including the single pillow, plate and spoon. The frugal furnishings included only a table and chair, storage chest and a traditional Saxon bed.

Lutheranism, the religion of the Transylvanian Saxons, governed the most aspects of village life, dictating, for instance, that girls could be married from the age of 14. Until 19th century, religious communion was more important in Biertan than administrative or legal marriage. Priests had the right to officiate religious ceremonies but only bishops could grant divorce, and only under certain circumstances such as adultery. If a couple were granted a divorce, the husband had to pay his wife half of his earnings. If he remarried then divorced again, his second wife would not be entitled to anything.

Today, Biertan does not abide so stringently to the old Christian order, but the church is still the cultural centre of the town. The BBC reports that Ulf Ziegler, Biertan’s current priest, understands the success of the marital prison in practical terms:

“If a couple was locked inside for six weeks, it was very hard for them to have enough food the following year, so there was pressure to get out and to continue to work together … The reason to remain together was probably not love. The reason was to work and to survive ”.

Draconian, maybe so, but Ziegler himself has received requests to use the prison from couples trying to avoid divorce. The priest asserts that this medieval remedy may have some merits for modern marriages too:

“In modern families, there is less and less time for each other, we are more selfish than our ancestors. We suffer from loneliness, which is why today we need to talk more, so we can find out what is important to us and what connects us.”

Children missing out on maintenance payments owing to CMS loopholes
This site uses cookies. Find out more. Continued use of this site is deemed as consent.   CLOSE ✖