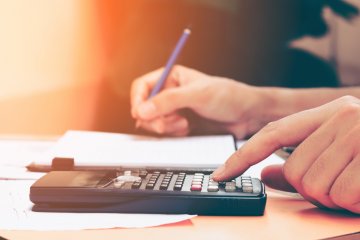 Mrs Justice Roberts, sitting in the Family Division of the High Court, found last week against a wife attempting to argue that her husband had set up a sham trust in order to deny her of tens of millions of pounds in their high net worth divorce and financial remedy proceedings. Though this case is by no means revolutionary, it is nevertheless extremely useful in stating the current position of the law on sham trusts. Mrs Justice Roberts’ clear analysis of the case law demonstrates the high standard of proof required to establish a sham trust.

The case of ND v SD & Ors concerned a husband (aged 59) and wife (aged 55) who had been married for 25 years or more (the uncertainty was due to the disagreement between the parties with regards to the date of separation), who had 2 adult daughters, aged 28 and 25. The couple met in 1980 and married two years later in London with no assets. However, by the birth of their younger daughter in 1992, the couple had begun to "sow the seeds" of what was to become a successful property investment portfolio. Mrs Justice Roberts’ found that both parties contributed to the family business by working very hard in the early days. By the early 2000s, the couple had built up a business with millions of pounds worth of assets. In her lengthy judgment, Mrs Justice Roberts sets out the complex chronology of the evolution of the businesses throughout the marriage before going on to consider the parties’ cases regarding the legitimacy of the 2007 Trust. The wife was unaware of the existence of this Trust until she applied for financial remedy orders and the husband’s Form E revealed the existence of an offshore trust which was set up in 2007 for the benefit of the parties’ two daughters. Regarding the importance of the decision about the legitimacy of the trust, Mrs Justice Roberts said the following:

“In terms of a practical outcome for this couple, the stakes are very high. If the husband’s case is made out and the Trust is genuine and left undisturbed by the wife’s alternative application to set it aside by engaging the court’s powers under section 37 of the Matrimonial Causes Act 1973, some £50 million will be removed from the overall computation of this couple’s accumulated family wealth. The wife’s claim to an equal share in what they built up together through their marriage will be confined to a share in the value of the wealth which was not diverted into the Trust. This would reduce her potential entitlement to c. £5 million in round figures. If she succeeds in her attack upon the Trust, the scope of her claims will increase exponentially.”

Therefore, Mrs Justice Roberts undertook a thorough and detailed analysis of the current law regarding sham trusts, to ensure her final conclusion would be the correct and fair decision in fact and law, given the stakes in this case.

Before providing a summary of Mrs Justice Roberts’ analysis of the state of the law in this area, it is useful to set out each of the parties’ arguments in this case. It was the husband’s case that the parties separated in 2006 when he moved back to London permanently and only returned to the family home in Z country to see his daughters. He further argued that, with his wife’s agreement, the vast bulk of the fortune which was built up over the course of their marriage was settled into the Trust for the benefit of their children shortly after their separation. On the other hand, the wife accepts that there were tensions in the relationship in 2006, but that they were trying to work on their marriage and were still holidaying together in 2007 and that they did not separate until significantly later. Further, the wife submitted that the 2007 Trust Deed was a meaningless piece of paper and was intended to be so: neither the husband nor EW/Y Trustees Limited had any intention of transferring the legal or beneficial interest in the C Limited /D Limited shares held by the husband into the hands of the trustee for the benefit of the children. She argued that the purported trust was a sham transaction which means (i) the husband intended different rights from those which appear on paper, and the truth is that he intended no change and there was no change to the status quo ante; and (ii) the husband intended to give a false impression to third parties.

Turning then to Mrs Justice Roberts’ findings on the issues of fact and law, she began by considering Neuberger J’s (as he was then) judgment in National Westminster Bank plc v Jones and Others , where he held that where a contractual transaction is entered into for an “artificial purpose” this “does not by any means of itself render the transaction a sham”, although he did add that it would “require very unusual circumstances before the court held that a transaction which was not artificial was in fact a sham”. An important further clarification was made by Neuberger J in this case, which was that in “circumstances where the party relying on it was contending that it was not artificial, then that might be a further reason (although certainly not a conclusive reason) for deciding that the transaction was a sham, given that a sham transaction involves a degree of dishonesty on the part of the parties involved.” Therefore, if a party argues that an agreement or trust is not artificial and it is found to be so, there is then the automatic conclusion that they have been dishonest in the court and therefore this can contribute as a factor in establishing whether that agreement or trust was actually as sham.

This authority considered Lord Justice Diplock’s judgment in Snook v London and West Riding Investments Ltd which made clear that “in legal principle, morality and the authorities … that for acts or documents to be a "sham", with whatever legal consequences follows from this, all the parties thereto must have a common intention that the acts or documents are not to create the legal rights and obligations which they give the appearance of creating”. The crucial Mrs Justice Roberts noted that this was cited with approval by the Court of Appeal the following year in Stone v Hitch , in which Lady Justice Arden set out five fundamental principles in relation to the law on sham acts or documents:

Having considered these authorities, Mrs Justice Roberts drew the conclusion that “two headline points emerge at the outset: (i) there must be a dishonest intent before the court will find an instrument to be a sham, and (ii) where instruments or agreements are properly and formally drawn (i.e. "perfectly proper agreements on their face"), absent a dishonest intent, there is a strong presumption that the parties intend to honour their rights and obligations thereunder”. This statement makes it clear that dishonest intention is almost always required by all parties concerned in the agreement (whether that be a trust or contract) as without it there is a presumption that it is not a sham, making the already high standard of proof required to prove there is a sham trust even more difficult to overcome. It is important to note that Mrs Justice Roberts clarified that “reckless indifference will be taken to constitute the necessary intention”.

Mrs Justice Roberts then went on to add that in addition to the requirement of dishonest intention, Stone establishes that all the parties to the transactions or documents “must share a common intention that the documents themselves will not create the legal rights and obligations which they give the appearance of creating.” This was particularly important in this case as The ABC Trust is a bilateral trust where there is both a settlor (the husband) and a trustee (Y Trustees Limited). Therefore, not only did the wife have to prove that the husband had dishonest intent, but that Y Trustees Limited did too. This highlights the additional hurdle that must be passed in order to establish a sham trust.

A final key authority analysed by Mrs Justice Roberts was Munby J’s judgment in A v A where he held that a trust which is not initially a sham cannot subsequently become a sham. Therefore, in order to establish a sham trust, there must have been common dishonest intention from the creation of the trust. This was particularly important in this case where Mrs Justice Roberts did accept that there was a sham Trust Deed in 2014 when the company was refinanced, however, the Trust was originally created in 2007. In her conclusion, Mrs Justice Roberts found that The ABC Trust established in 2007 was not a sham. She explained that:

“In this context it is important to distinguish between motive as distinct from intention… It is sufficient for these purposes that the parties intended their agreements to be given effect in the form in which they are recorded, and the courts will not enquire into their motives for so intending. It is an established legal principle undisturbed by anything which has been said in the more modern authorities to which I have referred that ’if what is done is genuinely done, it does not remain undone merely because there was an ulterior purpose in doing it’: see Megarry J (as he then was) in Miles v Bull ”.

Therefore, when considering whether or not a trust is a sham trust, Mrs Justice Roberts has made it clear that the following requirements must be proven by the party looking to argue that there is a sham trust: that there is dishonest intent to deceive third parties and the court with a mere piece of paper, which is common to all parties involved. If there is an intention to create a genuine trust, the motive is irrelevant and the trust cannot be a sham. Often in large money cases where the stakes are as high as in this case, a decision can be seen as controversial or can be distracted in the quantum of the assets under consideration. However, this judgment has provided a thorough and clear analysis of the law and what is required to establish a sham trust, and should be a helpful tool for practitioners and parties who look to argue that there is a sham trust involved.

An arrangement where a trustee holds property on behalf of the beneficiary.
“Ayesha Vardag - Britain’s top divorce lawyer.”

From afterschool clubs to play dates – the subtle ways some separated parents try to obstruct contact
This site uses cookies. Find out more. Continued use of this site is deemed as consent.   CLOSE ✖