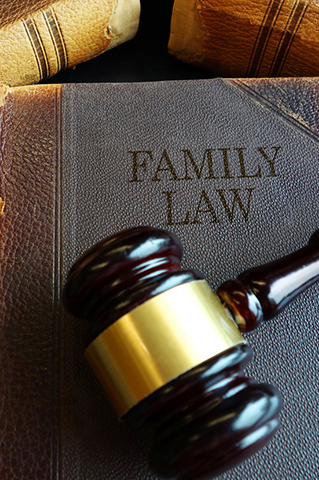 The seventh World Congress on Family Law and Children’s Rights concluded yesterday in Dublin, having acted as an international forum for the examination of family law and children’s rights issues around the world, with the central aim of driving systematic change in this sphere. On Monday, plenary speaker and Deputy President of the Supreme Court Baroness Brenda Hale stuck to the event theme of ’Rights, Justice and Equality’, leading a session entitled "Are Children Human?"

As reported by The Irish Times, at the conference Baroness Hale advocated for children to be allowed to give evidence in the family courts, as is currently the case in criminal proceedings. She acknowledged that this would have to be handled with care, to ensure that court “gets the best out of the child not the worst out of the child”.

She further explained to delegates that she had two “bees in her bonnet” about the failure to view children as human beings in family law proceedings. Baroness Hale first took issue with the practice of referring to children as "it" in legal reports and legislation, deeming this an “abuse of childhood in the English-speaking world”.

Her second complaint pertained to the use of initials to refer to children in family law judgments. While this practice is in place for good reason—to preserve children’s anonymity—Baroness Hale’s comments indicate that the use of a single initial in lieu of a name does not put enough emphasis on their humanity. She told the room that, in her own judgments, she refers to children using false names that begin with the same initial as their real name, and urged fellow members of the judiciary to follow suit.

“I would like to campaign for all the judges in the room to adopt a similar practice, "Try and make it a plausible name, right gender, right ethnicity, but not on their own, then the child really leaps out of the page in a way that they don’t if they are just an initial"

Baroness Hale also stressed the importance of having witnesses present when judges meet privately with children in family law cases. She suggested such meetings are beneficial in that they allow judges to see the children involved as “real human beings”, but that having a third party present is necessary because "you need someone there taking a note and ensuring not doing anything wrong.”

With their future potentially lying in the hands of the judiciary, it’s crucial that children in family law cases are fully recognised as human beings, rather than chattel for parents to squabble over. Of course, the child’s best interests and welfare is already the paramount consideration of the court when making child arrangement orders. Nevertheless, Baroness Hale’s suggestions could help ensure that this is upheld at all times.

Should these suggestions be taken up on a larger scale, though, it’s possible that the risk of jigsaw identification could increase. Jigsaw identification may occur when various bits information in a judgment or media report can pieced together to reveal the identity of an individual, despite it being ostensibly anonymised. If a name similar to the child’s real name is used in a judgment, for instance, one may have to take greater care to ensure that anonymity is preserved. As ever, the family justice system must strike a delicate balance between dual concerns of transparency and privacy.

The law relating to family matters, such as laws relating to marriage or children.
“Ayesha Vardag - Britain’s top divorce lawyer.”

Australian same-sex couples who married abroad unable to divorce
This site uses cookies. Find out more. Continued use of this site is deemed as consent.   CLOSE ✖