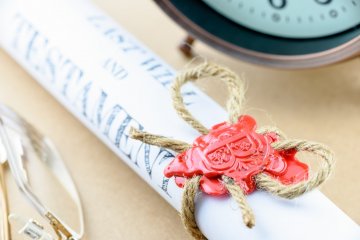 The annual total of inheritance in the UK will rise from the current level of £69 billion to £115 billion by 2027, according to new research by the Centre for Economics and Business Research (CEBR) for estate administration firm Kings Court Trust. Individual inheritances, it projects, will balloon by 47 percent, with the average bequest rising from £62,000 to £91,000 in the same time span.

Why such a dramatic rise in the inter-generational transfer of wealth? The CEBR attributes it to a "rise in property prices over the next ten years", inflating the value of estates.

ONS data reveals that home ownership has increased over the last few decades among older people, with more than 75 percent of those over the age of 75 in the financial year 2013/2014, compared to 53 percent in 1991. The 65-74s experienced a similar increase in home ownership, from 62 percent to 79 percent in the same 20 year period. Unfortunately, it’s a different picture for the younger generations—in 1991, 67 percent of the 25 to 34 age group were homeowners but by the financial year ending 2014, this had declined to 36 percent.

With older people holding a significant proportion of property wealth, it is likely that much of this will be passed on in the next decade. A recent study found that, although their children, the "sandwich generation" of 45 to 64-year-olds were the most likely beneficiaries, "about half" of grandparents intend to pass on wealth directly to their grandchildren who, without it, could have little hope of becoming home-owners. For young people fortunate enough to have family with wealth to share, this is surely welcome news.

If you would like your estate to transfer directly to your grandchildren after you die, it is imperative that you make a will. The rules of intestacy in England and Wales dictate that if you pass away without a will, your estate will pass in the first instance to a surviving spouse or civil partner or, in their absence, to your children. While many benefactors surely trust their children to ensure that the grandchildren’s housing needs are met (it’s worth noting that the aforementioned study found that 40 percent of 45 to 64-year-olds feel that there is pressure to pass on wealth to their children), formalising your last wishes in a legally binding document reduces the risk of expensive litigation and familial strife, as well as avoiding costly probate fees.

Indeed, the point stands regardless of to whom you wish to impart the fruits of your success. Preparing a will helps to guarantee that the people and causes closest to your heart are protected.

World Congress on Family Law and Children's Rights to take place in Dublin in June
This site uses cookies. Find out more. Continued use of this site is deemed as consent.   CLOSE ✖