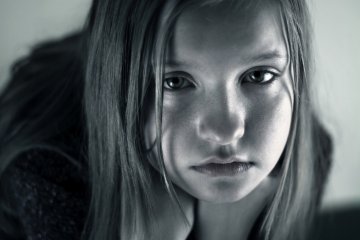 President of the Family Division Sir James Munby has issued a circular announcing that the practice guidance relating to inherent jurisdiction and wardship proceedings has been amended. Previously, Practice Direction 12D of the Family Procedure Rules stated that "where the police need to interview a child who is already a ward of court, an application must be made for permission for the police to do so."

However, in a recent judgment, Munby P deemed this guidance "simply wrong", and called for the relevant paragraph of Practice Direction 12D "to be considered as a matter of urgency by the Family Procedure Rule Committee", on the understanding that "radical surgery will probably be required".

Now, with "commendable speed and diligence" on the part of the Rule Committee and the relevant officials, the guidance has been turned on its head, as per Munby P’s suggestion. Paragraph 5 of Practice Direction 12D now reads as follows:

What is a ward of court?

If a child is deemed by a judge to be at risk, the High Court may exercise its inherent jurisdiction by making them a ward of court. While day-to-day care of the child remains the purview of an individual or the local authority, approval from a wardship judge must be gained before a "’major step’ in the life of a ward" is taken. By way of example, medical treatment, a change in education or residence, or adoption proceedings may all be considered "major step" that could necessitate court approval. As we saw above, until recently, being called as a witness in criminal proceedings was, per Practice Direction 12D, seemingly considered a "major step" that required permission from the wardship court.

Munby P’s judgment In the matter of a Ward of Court acknowledges the "potential for tension" between the major step principle and what, "for convenience" the judge refers to as the A v Liverpool City Council principle. In re W (A Minor) (Wardship: Jurisdiction) AC 791, Lord Scarman stated that "the High Court cannot exercise its powers, however wide they may be, so as to intervene on the merits in an area of concern entrusted by Parliament to another public authority." This was a reassertion of a principle identified by the House of Lords in A v Liverpool City Council .

In practical terms, it means that if the law has conferred authority over certain matters to a public body, be it immigration control, an education authority, or a criminal prosecuting authority, the wardship court cannot and must not influence, obstruct or override that authority’s decision-making.

Closely related to this is the principle that a ward of court is granted no exemptions that would not be available to a child who is not a ward. The notion that judicial consent is required prior to police interviewing a ward of court runs contrary to both this principle, and to A v Liverpool City Council. Furthermore, Munby P was unable to find any substantial basis for this notion, which was "first discovered by Booth J in In re S (Minors) (Wardship: Police Investigation) Fam 199, where, it seems, no authority was cited on the point and no reference was made to either A v Liverpool City Council AC 363 or In re W (A Minor) (Wardship: Jurisdiction) AC 791."

Finding the requirement of judicial consent prior to police interview, as expressed in Practice Direction 12D, "impossible to reconcile either with the A v Liverpool City Council principle or with the ’no privilege over other children’ principle", Munby P rightly recommended that the practice guidance be revised. Little over a month after this judgment was published, the changes to Practice Direction 12D came into effect.

Baroness Hale has
This site uses cookies. Find out more. Continued use of this site is deemed as consent.   CLOSE ✖