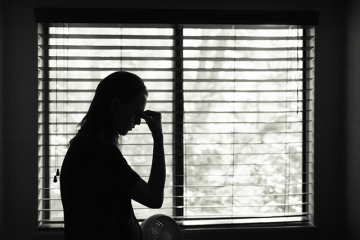 A highly-publicised custody battle between a woman and the ex-husband who abused her sparked outrage in Spain after the mother of two was ordered to hand over her children to her former partner.

The case, which has become a cause célèbre in the Spanish press, has led to strong criticism of its treatment in the courts and highlighted the struggle to combat the high rates of gender violence in the country.

A court ordered Juana Rivas to hand custody of her two children to her Italian ex-partner Francesco Arcuri, a man who was found guilty in 2009 of beating Ms Rivas after she returned to their house early one morning. Despite his guilty plea at the time, Arcuri now denies any violence.

Rivas was due to hand the children to their father at the end of July and to appear in court in August. However, Rivas did not follow either of these court orders and instead took her children and went into hiding for nearly a month. Upon her return, she voluntarily turned herself in to a court in Granada.

The children were subsequently taken by Arcuri to live with him in Sicily, Italy where they were allowed only limited contact via phone with their mother. It is now the Italian authorities that must make any decision concerning the custody of the children.

The investigation of Rivas for the crimes of child abduction and disobeying a court order is ongoing. A letter by Rivas, read at a demonstration in support of court stated that ‘a woman running away from terror to protect her children can’t be deemed abduction… an abuser never gives you permission to leave’.

Supporters of Rivas were quick to voice their opinions on the case, taking to social media to do so. The slogan used by supporters #JuanaEstáEnMiCasa meaning ‘Juana is in my house’ went viral. Women’s rights groups across Spain condemned the decision to allow Arcuri custody of the children. They expressed outrage that a man who abused his wife should be in a position to be given full custody of their children. Further, the idea that a victim of abuse should be penalised for the crime of child abduction following an act deemed by critics as one of protection of herself and her children, did not sit well with her supporters. Several high-profile female politicians and the Spanish Prime Minister Mariano Rajoy also voiced their support for Rivas.

Despite all the support, Rivas still received some criticism for breaking for law. The courts decision has been defended as a ‘diligent and proportionate action’ by Jueces para la Democracia, a professional association for lawyers. Arcuri himself has expressed his anger at the media response, claiming it depicts him as a terrorist when he believes he should be seen as "a father with two judicial rulings in his favour, who for more than a year has not seen his children who were illegally kidnapped."

The division of opinion in Spain opened a dialogue of the wider issues that the case pertained to.

Gender violence is a significant issue in Spain with 28,281 officially registered female victims in 2016 (a 2.4% rise from the previous year). Under Spanish law, gender violence is any physical or psychological aggression by a man against a woman whom he has a relationship with (as opposed to domestic violence which, in Spanish law, is aggression by either a man or a woman against a member of their own family).

Critics state that the case clearly evidences the lack of seriousness attributed by the courts to abuse claims and convictions.

Given that claims of gender violence do not appear to be taken seriously by the courts, as critics claim is starkly evident in this case, it is unsurprising that the rates of gender violence have not fallen. If the courts do not take action, women will not feel safe or encouraged to bring claims to the courts. It must be seen and accepted that gender violence is a serious crime that brings with it appropriately serious consequences.

Marriage Allowance: a tax perk going unclaimed
This site uses cookies. Find out more. Continued use of this site is deemed as consent.   CLOSE ✖