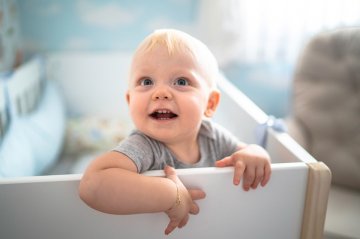 Earlier this month, HHJ Wildblood QC presided over A Local Authority v The Mother & Anor, a “desperately sad” public law case involving care and placement orders for a five-month-old girl. His moving judgment expresses his frustration at the all-too-common situation whereby struggling parents are not given the support or therapy they need to be able to care effectively for their children.

The mother in this case is in her mid-20s and living with family members; the father has not been named and is not at all involved in the proceedings. As a child the mother experienced neglect, sexual abuse and emotional abuse which, combined with her learning difficulties, have left her in an extreme state of emotional volatility which undermines her ability to parent positively. Her first child, the now three-year-old boy ‘B’, was subject to care and placement orders by the same judge in May 2017 after he experienced neglect and other abusive behaviour. When B was nearly two, he and his mother lived together in a foster placement but this broke down after only two months when the mother did not return and thereafter stopped attending contact visits. B is now living with foster carers under an interim care order.

The second child, a girl identified as ‘G’, is living with her brother B with short-term foster carers under an interim care order. During the two months after her birth, the psychologist reported that the mother was having reasonably positive contact with G (be this only one hour a month). In response, the Local Authority increased her contact but this caused the mother to disengage and the contact arrangement deteriorated. As G was subject to the same treatment to which B was victim, the Local Authority made an application for G and B to move together to adopter parents, allowing the mother only ‘letterbox’ contact. The mother however, highly distressed by the situation and desperate to keep G, opposed the application. She argued that the case should be adjourned while she undergoes further assessment. After being too overwhelmed in court to utter more than two sentences, the mother wrote HHJ Wildblood an emotional letter:

“I’m very sorry and remorseful of my actions regarding the events that led to the removal of my children. I would like to make you understand that I love B and G with all my heart. I wouldn’t harm my kids. I just struggle at times and feel that I need the right support to enable me to remain… I promise to become a better mother and also help myself to make better decisions and choices for my daughter and son, also for myself. I hope you can allow another chance so I can prove myself.”

At this point in the judgment, HHJ Wildblood implores the readers to not lay any blame on the mother for her sad predicament:

Having already ascertained that long-term fostering was not a viable option, HHJ Wildblood QC set out clearly the paths that lay open to him in this case:

The Local Authority, the guardian, the psychologist and spokesperson from the organisation Symbol were all of the opinion that a placement order should be made despite the mother’s objection and that post-adoption contact was not appropriate.

Symbol Family Support Services, in their report of July 2017, recommended an initial assessment in the community of the mother but added that they were “not hopeful of a positive outcome”.

The guardian for the proceedings relating to both B and G was a Cafcass officer. Commenting on the first case, the guardian at the time said that the “co-morbidity of the mother’s learning difficulties and unresolved trauma” provided her with a “significant challenge” in caring for her child. The guardian made clear that her recommendation for G remains the same as it was for B and that no support would be able to make a sufficient difference within G’s timescales. She therefore rejected Symbol’s suggestion of assessment in the community as it was unlikely to offer any new findings.

The psychologist involved in B’s proceedings had decided that the mother would be unable to make adequate, sustainable progress before the birth of her next child. In her report concerning G in August 2017, the expert decided that the baby’s needs would be met best by an adoptive placement with B, owing to the evidence suggesting the mother would struggle to support her children on a long-term basis: “we are a long way from the mother being able to care for a child”.

The social worker’s analysis of the situation was in line with the psychologist’s opinion that it was too late for outside support to remedy the mother’s parenting problems: “this level of support would be insufficient to mitigate risk and ensure a consistently good enough standard of care to parent G consistently over time”.

In contrast, the lawyer for the mother, Mr Williams, stressed that the psychologist’s first report demonstrated that the mother is capable of making good change. He also pointed out that her adherence to contact only faltered when she started worrying that visiting G would make the potential adoption more painful. He however, was a lone voice expressing that the mother’s situation was salvageable.

HHJ Wildblood, faced with heavy evidence from professionals against the emotive pleas of the mother, considers the facts of the case with dismay. He stresses that care and placement orders, as a “fundamental invasion” of the right to respect for family and private life, must be a very careful exception. The judge clarifies that G’s case meets the threshold criteria of section 31 of the Children Act 1989 as the mother is unable to satisfy her basic needs, and stresses that G’s welfare is the paramount concern, in accordance to the Adoption and Children Act 2002. Considering the complexity of this issue, HHJ Wildblood had this to say:

“I wish to record my recognition and belief that nature, law and common sense require that it is recognised that the best place for a child to live is with a natural parent unless proven and proportionate necessity otherwise demands”.

The judge addressed the benefits of G being brought up by her own mother: she will feel that she has grown up where she belongs, maintain her identity and connections and be able to make her own conclusions about her family without the potential stigma surrounding adoption. This was balanced with the benefits of living with adoptive parents: she will be with her brother and have trained and willing adults caring for her in a stable and secure environment.

After weighing up the many testimonies and reports involved in the case of G and of her brother B, HHJ Wildblood decided that there was no realistic prospect that adjourning the case would lead to a positive assessment of the mother’s capabilities: “It is overwhelmingly clear that, if G were to be returned to her mother, the mother would not be able to care for her adequately even at the most basic level”.

He also rejected the option for post-adoption contact because, although adoption would deprive G of her birth mother, post-adoption contact would be “miserable for the mother, the child and for the adopters”. Finally, HHJ Wildblood came to the “wretched conclusion” that he must dispense with the mother’s consent and make care and placement orders for G.

This case ends with an exhortation for more proactive and accessible social care, a theme that runs throughout the judgment. HHJ Wildblood emphasises that, with a deeply troubled past, even if the mother were to start therapy immediately, it would take too long before she would be able to turn her attention to the children. At the end of the judgment the judge explains that his frustration with social care services has been long running, quoting a previous judgment of his from 2014 and saying that he remains “hopeful that we will find a breakthrough” on getting people the therapy they need, when they need it. After explaining that the mother will be recommended to the Pause programme, he closes the judgment simply and honestly: “She deserves a break.”

Children and Family Court Advisory and Support Service – a statutory body that provides advice to the court in children proceedings.

Time spent with a child which is restricted to taking place in public places.
“Ayesha Vardag - Britain’s top divorce lawyer.”

Divorced couples in Chechnya urged to reunite by authoritarian leader
This site uses cookies. Find out more. Continued use of this site is deemed as consent.   CLOSE ✖